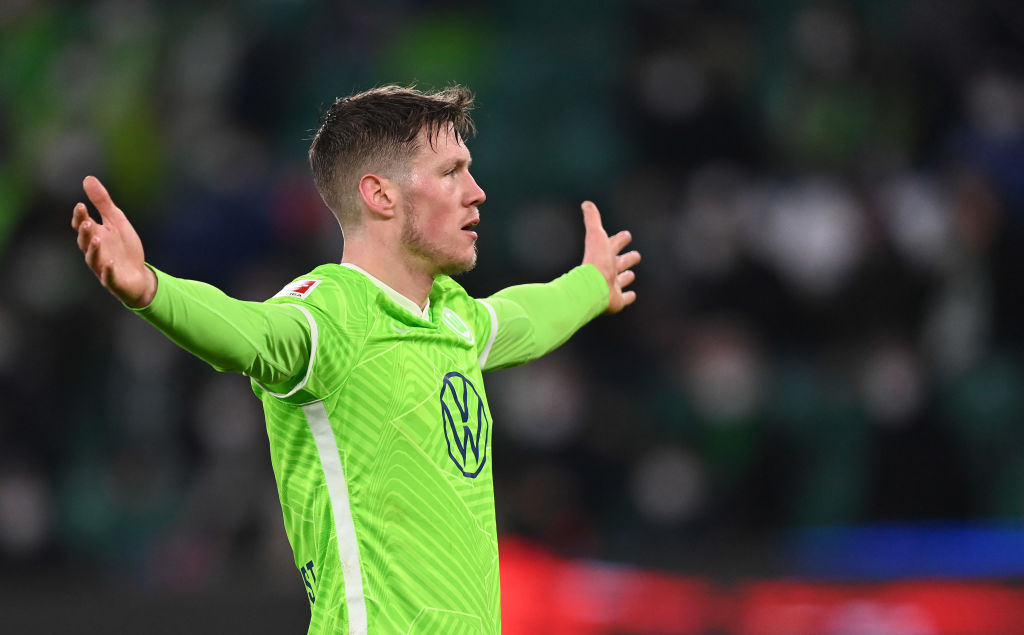 Burnley have opened talks to sign VfL Wolfsburg talisman Wout Weghorst, who has been pursued by Newcastle and Tottenham in recent weeks.

According to the Daily Mail, the 20th-placed Premier League club are in talks to sign the 29-year-old striker, who is eager to leave the Bundesliga this campaign after a poor season.

Weghorst has been one of Germany’s most reliable goalscorers in recent years, with the forward scoring an impressive 70 goals in all competitions in the past four seasons since joining Wolfsburg.

Kicker reported in December that the Netherlands international was a target for Newcastle, with the striker also admitting last season via the same publication that Tottenham had expressed an interest in signing him. However, Burnley look set to win the race for Weghorst.

With Newcastle signing Chris Wood from the Clarets for a reported £25million, Sean Dyche’s side decided to bring in some attacking reinforcements. As well as Weghorst, Burnley are close to agreeing a deal for Croatian star Mislav Orsic, as reported by Athletic.

Indeed, with Burnley the lowest rated club in the Premier League this season, signing Weghorst from Newcastle and Tottenham is an impressive undertaking from the Clarets, who could be close to one of the window deals.

Newcastle and Spurs will regret Burnley winning race for Weghorst

A giant of a striker at 6’6″, Weghorst has been a terror in the Bundesliga for the past two seasons, and for Burnley the striker could be a savior for the Turf Moor side, who will be keen to rise to the bottom of the Premier League table.

As for Newcastle and Tottenham, they will wonder why they haven’t moved on for Weghorst, who looks set to join Burnley in what is likely to be one of the moves of the month.

In other news, Our View: Van de Beek should use Manchester United player’s £10m exit as motivation