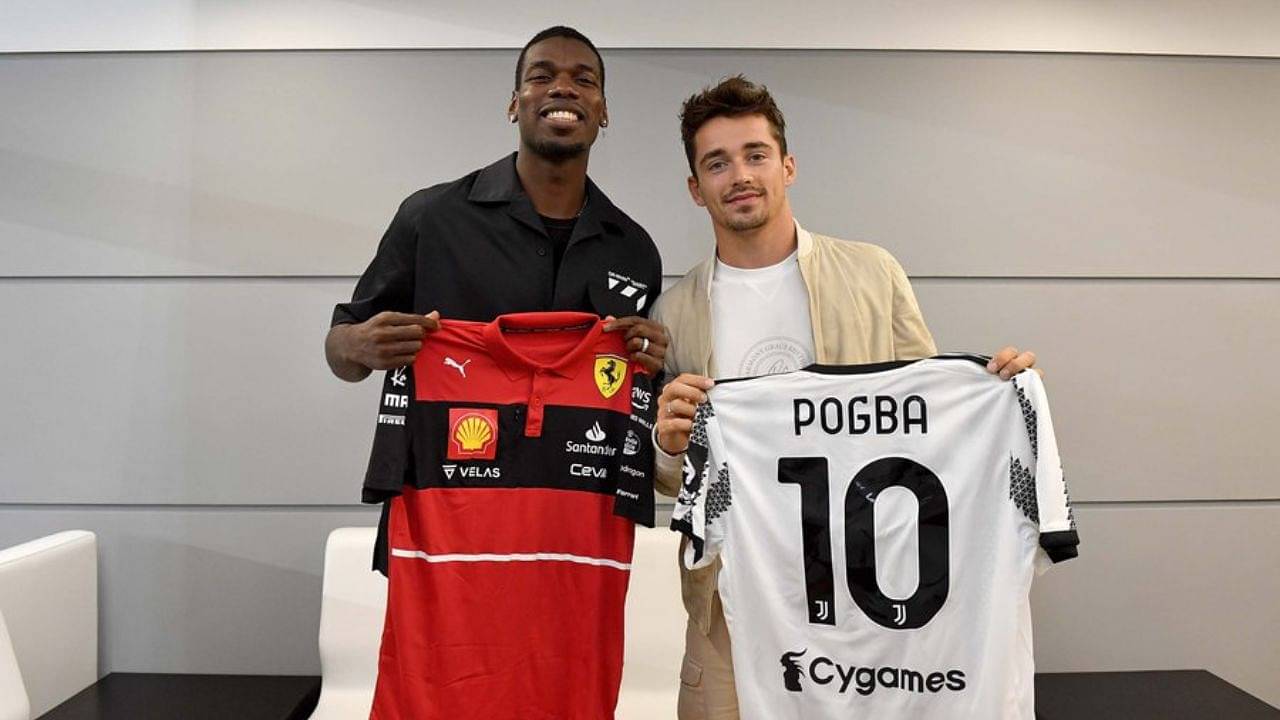 Pogba is one of the most popular footballers in the world. The Frenchman is hugely talented but saw his early years at Manchester United ruined due to inconsistencies and injury issues. In 2022, he returns to Juventus, the club where he made his name.

Unfortunately for Pogba, a meniscus injury ahead of this campaign means he will miss the majority of his return year in Turin. As a result, he has watched every Juventus game from the stands at the Allianz Stadium this season.

The 36-time Italian champions have had a dismal start to the season. They suffered particularly in the UEFA Champions League, with two defeats in two games. For the latest defeat, 24-year-old Ferrari ace Charles Leclerc was present at the stadium.

That explains why Juventus lost, Leclerc came up with Ferrari’s strategy and gave it to Juve… https://t.co/xizTwzWu6I

In front of them 1-2 loss against BenficaLeclerc and Pogba met and exchanged shirts.

Also Read: 4 Drivers To Be Assessed By Alpine F1 Team For 2023 Drive

Juventus and Scuderia Ferrari seem to have a special bond. Over the past few years we have seen many Bianconeri legends meet the Ferrari drivers. In 2021, Cristiano Ronaldo (who was in Turin at the time) visited Ferrari’s headquarters in Maranello and rode with Leclerc and teammate Carlos Sainz.

Last week before the Italian GP, ​​Juventus and Italian football legend Gianluigi Buffon visited the Scuderia garage in Monza and took a picture with Sainz and Leclerc and now it’s Pogba meeting Leclerc.

Juventus is the most successful club at national level in Italy. In Europe too, they have left their mark on several occasions, winning the Champions League twice. They are widely supported and one of the most popular clubs in the world. However, over the past few years they have struggled tremendously under multiple managers.

After stints with Maurizio Sarri and Andrea Pirlo that didn’t work out, the great Massimilano Allegri is back at the helm and hopes to once again guide the Old Lady to glory.