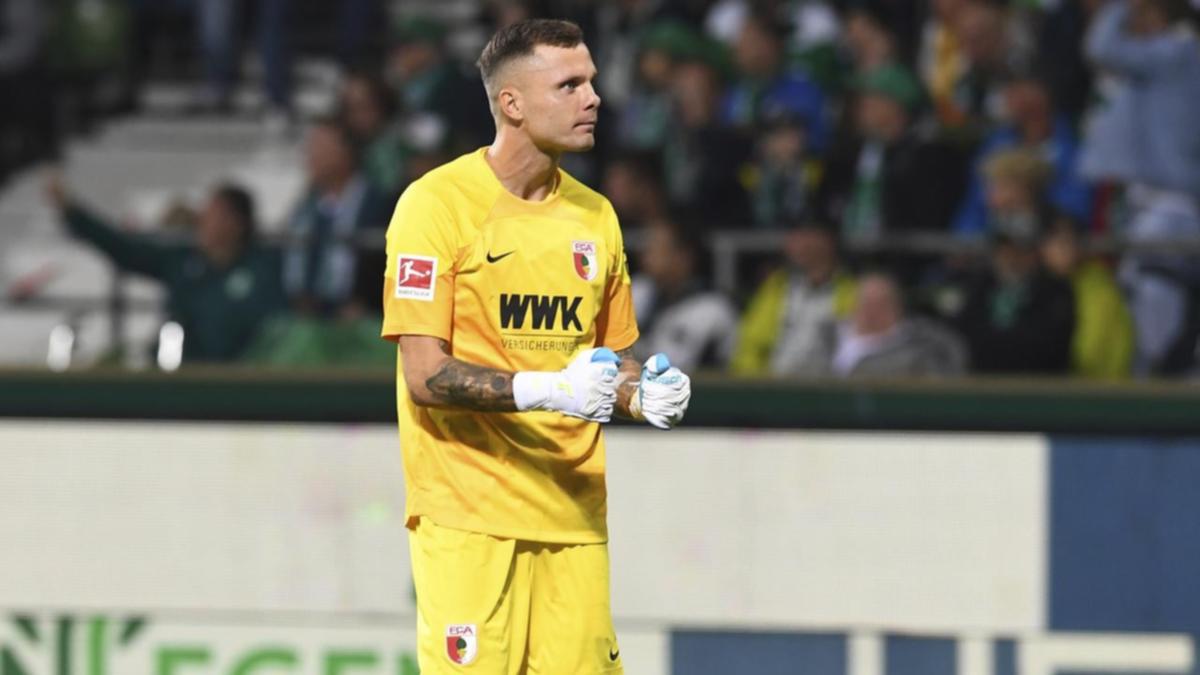 Augsburg ended a three-game losing streak after a 1-0 win over Werder Bremen in the Bundesliga.

Gikiewicz was the hero as he lunged to his right to fend off Marvin Ducksch’s admittedly poor penalty four minutes beyond regulation.

Ducksch had earned the kick by knocking the ball past Maximilian Bauer from close range and the liquidated Gikiewicz then earned a booking for getting Bremen fans excited as he celebrated.

“It’s football,” the goalkeeper told DAZN. “They insulted me the whole second half, that’s my answer.”

Bremen’s Niclas Fullkrug said the moody end to the game, which saw fans pouring out of the stands behind the goal, was “too hot for me, it had nothing to do with the game anymore. football, I don’t like it”.

Booed at home after losing to Hertha Berlin last week, Augsburg had started with a bang and missed a string of half chances in the opening minutes.

But they also had a slack when the hosts, seeking a first home win since their summer promotion back to the top flight, had a potential first goal through Fullkrug disallowed for offside in a video review.

Augsburg’s Demirovic sent home Mergim Berisha’s cut-back in the 63rd minute and Berisha hit the bar before Bremen launched a furious, if ultimately futile, attempt for a late point.

Bremen remain ninth, two points ahead of Augsburg in 11th.