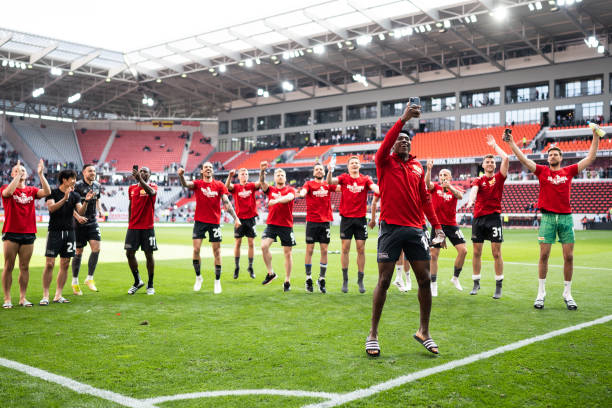 Taiwo Awoniyi will get another taste of European football next season after Union Berlin’s impressive road win over Freiburg in the Bundesliga on Saturday.

Awoniyi was in action for Die Eisernen in the game and the Nigerian didn’t hit the target, registering an assist as the visitors came away with a 4-1 win at the Europa-Park Stadion.

The Nigerian had his best chance of the game in the 11th minute. Sheraldo Becker played a terrific cross on his way, but the striker hit his shot against the post.

The exceptional performance of Urs Fischer’s team allowed the Köpenick club to seal their place in Europe with a game to spare in the Bundesliga.

However, it is undecided which European competition Union Berlin will contest for and they will find out on the final day of the Bundesliga season when VfL Bochum come to the Stadion An der Alten Försterei.

If you use quotes from this content, you are legally agreeing to give www.brila.net credit News as the source and a link to our story. Copyright 2020 Brila Media.