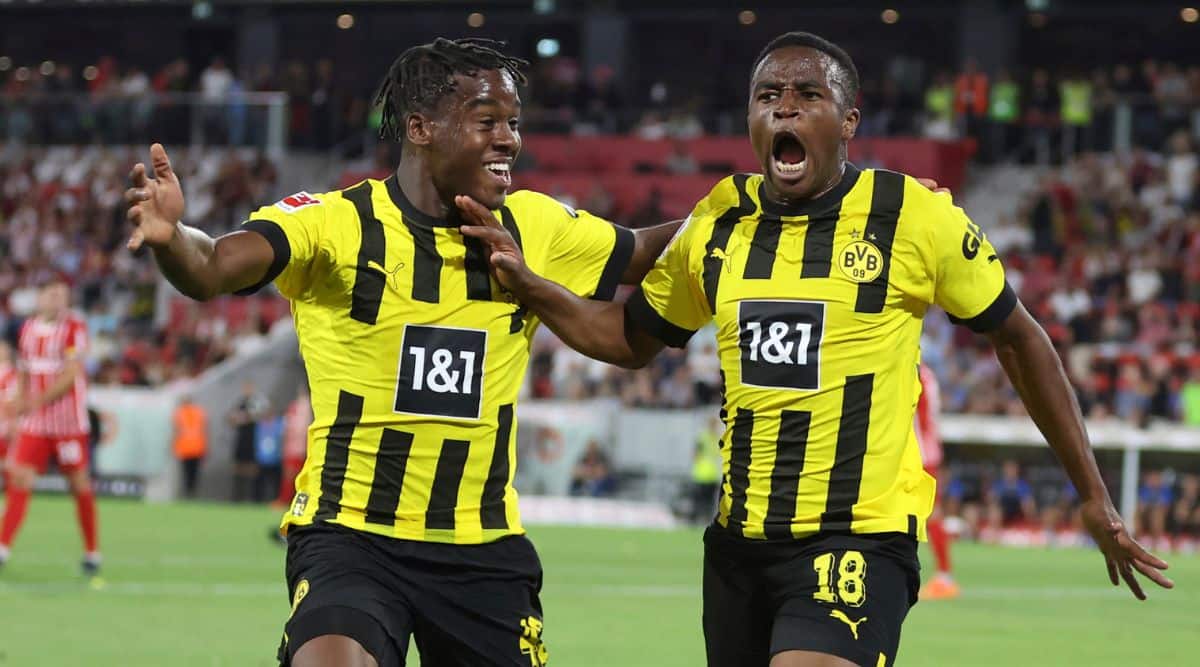 Two teenagers helped Borussia Dortmund come from behind with late goals to beat hosts Freiburg 3-1 in the Bundesliga.

Dortmund manager Edin Terzic’s substitutions all paid off as Jamie Bynoe-Gittens, 18, equalized in the 77th minute and Youssoufa Moukoko, 17, scored 2-1, four minutes before setting up Marius Wolf – yet another substitute – to seal the result in the 88th minute.

It was the first time that three different players came on for Dortmund to score in a Bundesliga game.

France striker Anthony Modeste made his Dortmund debut after leaving Cologne on Monday, and defender Nico Schlotterbeck made an early return to his former club.

But the visitors needed a lucky break as it was Freiburg goalkeeper Mark Flekken’s rare mistake that saw Dortmund back into the game after Michael Gregoritsch gave the home side a 35th-minute lead minute.

Dortmund struggled to get through Freiburg’s tireless defense until Bynoe-Gittens dropped the ball from distance and Flekken let the speculative effort slip through his fingers and in.

It was Bynoe-Gittens’ first goal in his fifth Bundesliga appearance. But the lively winger wasn’t done yet.

Bynoe-Gittens ran to the Freiburg defense and set up Julian Brandt – yet another substitute – who returned the ball for Moukoko to score in the 84th. Moukoko was involved again when Wolf sealed the win.