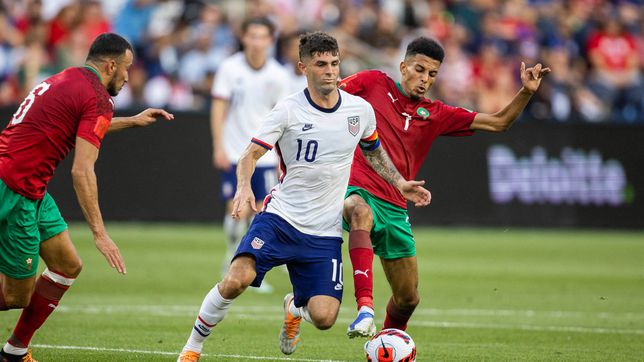 Christian Pulisic watched by Serie A and Premier League clubs

Christian Pulisic’s future is up in the air with Chelsea due to the lack of playing time during the 2021-22 season. The United States men’s national team ace wants to be in top form for the start of the FIFA World Cup in Qatar in November and he is aware that Stamford Bridge is not his best option for the start of the next campaign.

Pulisic being linked with several clubs

The 23-year-old has dropped worrying hints about his future with Chelsea and he has distanced himself from the Premier League on his social media accounts. Pulisic has changed his profile pictures and removed any mention of Chelsea from his Instagram bio. Last week, it was also reported that the USA international was set to meet head coach Thomas Tuchel to discuss his future.

Although there has been no official report on the outcome of this meeting or when it will take place, Pulisic has been linked with several clubs at Europe’s top tier for the upcoming season. The USMNT ace could be approached by Liverpool due to Sadio Mane’s departure and that would leave the No.10 shirt up for grabs.

Another team that are interested in signing the 23-year-old is Serie A side AC Milan. After ending an 11-year drought without winning the Scudetto, US investment firm RedBird Capital has acquired the majority stake and their first big signing could be Christian Pulisic.

Another team reportedly interested in the United States international is Juventus this summer. Any club interested in signing Christian Pulisic in the next transfer window must pay almost $45 million according to figures revealed by transfer market.