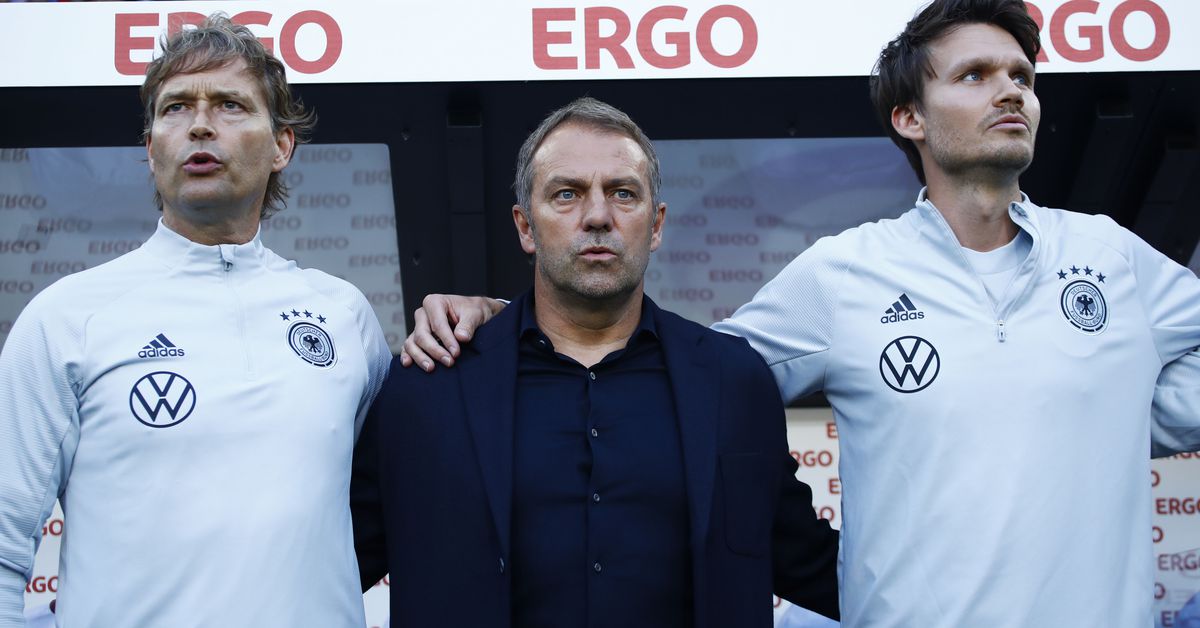 Bayern Munich’s German contingent will likely be known by a different moniker this winter during the World Cup. It’s true, Die Mannschaft is dead – or at least is dying:

The German Football Association (DFB) will no longer actively promote its men’s national team with the marketing name “Die Mannschaft” in the future. This was unanimously agreed at a supervisory board and shareholder meeting in Frankfurt.

The decision was based on an analysis of the brand used since 2015, which shows a recent increase in interest in the team and greater satisfaction with their appearances, as well as growing popularity for “Die Mannschaft “. However, the attitude towards the continued use of the name in particular was not uniform.

Alexander Wehrle, Chairman of the DFB Supervisory Board, gave an overview of the decision.

‘We analyzed the brand name’Die Mannschaft‘ and discussed it at length. Opinions differ not only among the fans, but also within the DFB. It’s a clear sign of the polarization of a name that everyone is supposed to rally behind,” Wehrle said. “Hansi Flick’s team is for everyone, and everyone can call it what they want. After all, it’s not so much the name of the team that matters, but what’s in it. And that’s where we agree: we have an inspiring national team with lots of potential and fascinating characters.

So what do you say… are you pro “Schaft” or anti “Schaft”?

There are rumors that Chelsea FC and RB Leipzig could discuss a swap deal involving Joško Gvardiol and Timo Werner:

Chelsea have made another attempt to sign Josko Gvardiol in a swap deal with Werner on loan, but RB Leipzig still have no intention of selling him. Other possibilities will be discussed. #CFC

Fofana, first target but Leicester want to keep him.

Pavard, save option as mentioned a few days ago.

Gvardiol is one of the most intriguing defenders in the Bundesliga and Werner needs a new home. That would make sense on some levels, but Die Roten Bullen seems to be a bit heavy on the attack these days.

Check out his answer to the question about which Premier League team he would support:

WhoScored.com has updated its ‘Best New Signings’ table for the transfer window. Looked:

Eh eh ! I’m back and ready to chat about all things Bayern Munich!

Apparently I missed A LOT last week, but many thanks to Samrin for responding. That said, I’m ready to bark. Let’s take a look at the explosive talking points from this week’s show:

Malik Tillman, on loan from Bayern Munich, seems to be asserting himself well with Rangers FC.

“They signed Ben Davies for £4m, Souttar has played the last two friendlies but Davies will play, if they pay £4m. I like the Matondo lad, Rangers want someone like that right side for about three years now. I’ve actually heard stories that the Tillman boy is really good. I’ve heard he’s very, very good,” former Ranger Andy Halliday said. “The important thing for Rangers is that they signed the positions they needed. I would still like to see another striker. There have been rumors about Roofe (on loan) and Morelos having just left. resume training.

With David Raum now at RB Leipzig, Angeliño could head to Hoffenheim:

New #Angelino: All parties have told us so far that his move to Hoffenheim is not a done deal. It’s an idea, yes. But the talks are in their early stages. Hoffenheim want a loan deal. Angeliño is very surprised by Raum’s transfer. Next decision soon. @SkySportDE

Raum should help take Die Roten Bullen to the next level:

All information about the transfer ⤵️

Roy Keane spoke about the transition from Sadio Mané to Darwin Núñez underway at Liverpool at the moment.

“I think when a player comes to the club, regardless of his position, he wants to settle down. For the striker, it’s about getting that first goal under his belt. He’s operational. It’s who, Mané? That’s the name of the game, people are moving forward, you have strikers coming in, a young striker, hungry, you saw him there,” Keane told ITV. “That’s the name of the game Club recruitment great start for striker gives them options, when you see these teams the hunger and desire of both teams is fantastic It was a good day for Liverpool New striker , good habits to win, other teams might be sitting watching this thinking will these teams calm down Not with Pep [Guardiola] and [Jurgen] Klopp in charge, hunger and desire for both teams. Klopp had a big smile, looked refreshed, got a new contract – good luck stopping those teams.

Bayern Munich got their season off to a flying start with a thrilling 5-3 win over RB Leipzig in the DFL-Supercup.

There’s a lot to be said for this game but Julian Nagelsmann’s decision to start Jamal Musiala and the youngster’s outstanding performance will be nothing short of brilliant.

Here is what we offer for this episode:

Ambitious AC Milan, the team to beat again in Serie A