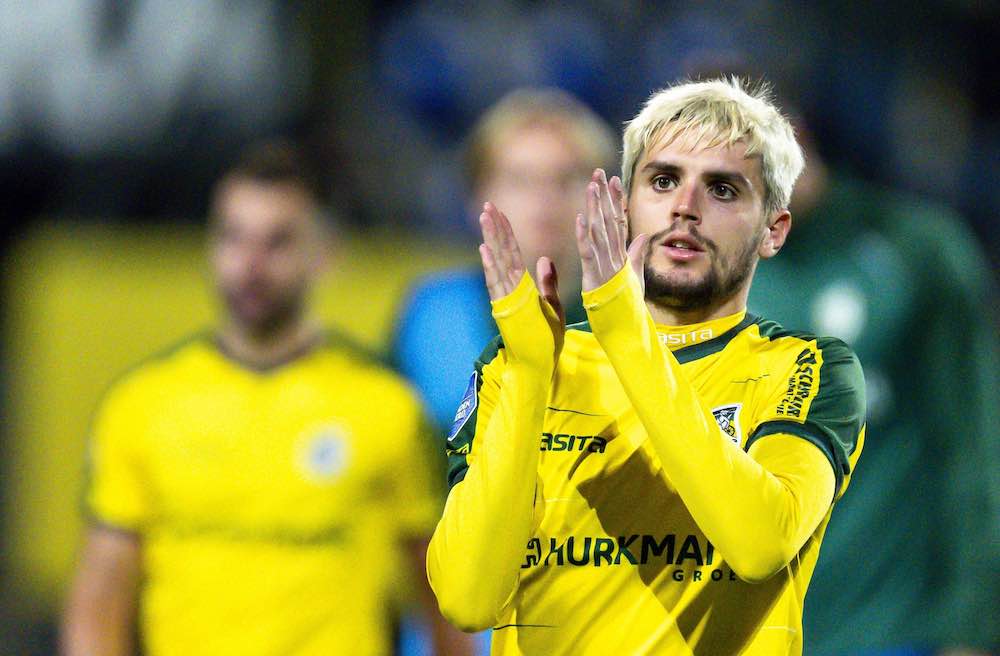 You currently play for Fortuna Sittard in the Eredivisie after joining Brighton in 2019. How would you describe your experience of football and Dutch culture so far?

â€œThe main reason I came to Fortuna was my desire to play competitive games at a high level. I was able to do what is pleasant.

â€œThe past year has been crucial for my development. I had the opportunity to work under the guidance of Dutch international Kevin Hofland, which was great for me as a fellow defender.

â€œMy current manager is Sjors Ultee who is a 34-year-old young coach. In my opinion, he is a coach with a great future. He’s very clear on how he wants us to play. Tactically, he’s really strong.

â€œIn terms of integration into Dutch culture, it helps that Fortuna is a multicultural club with a team of several nationalities.

â€œThe common language in the locker rooms is English and most of the townspeople also speak English. I also learned key phrases in Dutch to help me in other situations.

The Eredivisie has several world famous teams playing within the league such as Ajax and PSV. What has it been like to test yourself regularly against such esteemed opposition?

â€œThe best teams in the league are very strong, like Ajax and PSV as you said. Ajax recently beat Sporting Lisbon 5-1 in the Champions League, so you can imagine how intensely they’ve played when we’ve faced them this season.

â€œI have to say that the teams around the mid-table and down the table are very even, which makes every game competitive and enjoyable.

â€œThe pace of the game is slower here than in England, but I think it takes more tactical understanding because you have to think through each situation well rather than solving problems in the blink of an eye.

â€œIn terms of individual opponents, I played against Brazilian player Antony of Ajax who is incredibly fast and skillful. I am a fast player but his level of pace was scary.

â€œI also faced Steven Berghuis in the same match which was also exceptional. He was a key player for years in the league with Feyenoord before joining Ajax this summer.

“He doesn’t dribble often, but he can play assists from any area of â€‹â€‹the pitch, which makes him a constant threat to any opposing team.”

Do you have a highlight that stands out from your time at the club so far?

â€œMy highlight should be scoring a brace at Johan Cruyff Arena against Ajax last season. Not many players can say they have done this in their careers, so it was a special night for me.

â€œScoring against PSV also meant a lot to me because I always want to perform well in any game, so doing it against the best teams in the league means a lot to me.

“It was just a shame the fans weren’t in the stadiums at that time due to the COVID pandemic.”

I mentioned Brighton and Hove Albion earlier. You started your career there very young. Can you summarize what it has been like to develop at the club for several years?

â€œI loved my time in Brighton and have ambitions to return to the club someday if possible.

â€œI started with the club at the age of nine and stayed there until I was twenty. I really went from a boy to a man at the club.

You were loaned to Northampton Town and then League Two during your stay in Brighton. How would you think about this loan period?

â€œIf you had asked me back then, I would have described it as horrible because I hated it back then, to be honest.

â€œHowever, looking back, it was an experience of humility and one that I needed. It is important for young players to realize that football is not just fancy training grounds with swimming pools, bikes and beautiful pitches.

“I got injured after the second game so I didn’t play a lot which made it even more difficult, but I certainly learned a lot playing and sharing a locker room with senior pros.”

“I have spoken to many young players and always recommend players to go and challenge each other abroad or on loan in the UK if they have the opportunity.

â€œUnder-23 football in England is at a good level, but playing competitive games is an even bigger challenge.

“I would definitely recommend Dutch football to any young British player if he has the opportunity to come here.”

Finally, George, you have been playing first-team football regularly in the Netherlands for a few years now. What are your ambitions for the future?

â€œI love my football at Fortuna right now, but my ultimate ambition is to play in the Premier League. I think that’s the dream of every young British boy.

“The club is open that it wants to develop young players and make them evolve in the future.

“I believe I am ready to take my next step in football, but it is essential that I do not let my standards drop and that I give my all to Fortuna Sittard until the time is right for me to take a another challenge in another European league or to come back to Great Britain. “