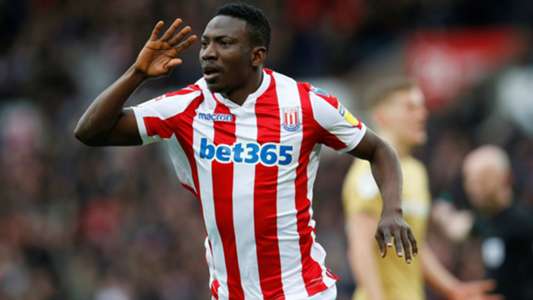 Etebo: Watford to give everything in Premier League

Oghenekaro Etebo has said Watford will make sure to give his all at the start of the 2021-22 Premier League season.

The 25-year-old was added as a midfielder reinforcement to Xisco Munoz’s side following the Hornets’ promotion to England’s top flight last season.

Ahead of his debut Premier League season, the former Getafe and Galatasaray star predicted “a long campaign” for the Hornets.

He also thanked his new teammates and club staff for welcoming him into “the family”.

Etebo said the club website: â€œI’m excited, I’m happy to be part of the family. It has been a joy for me since I arrived. Guys, management, everyone at the club has been good. I see it is a family club. I’m just trying to settle in, which I think is going to be fine for me.

â€œIt’s going to be a long season, but let’s see. The most important thing is for us to hold our heads up high and to make sure that we are going to give our all.

The combative Super Eagles midfielder has been in England since 2018 after a â‚¬ 7.2million transfer from Feirense.

Having had championship football experience at Stoke City, Etebo admitted that the Second Division is tough, but he cherished the opportunity to play he was given.

“When I first signed for Stoke, people told me that coming to England would not be easy, especially in the league,” he continued.

“Everyone knows this is one of the most difficult [leagues], you have to keep running, chasing people.

“Every league is tough, it all depends on how you define the team, no league is easy. Coming to England to play is a good league, it’s tough, but it’s a joy for me.

Etebo’s move to Vicarage Road reunites him with compatriots William Troost-Ekong, Isaac Success and Emmanuel Dennis with whom he played in the squad for the Super Eagles.

He also revealed that he first teamed up with young Nigerian star Tom Dele-Bashiru in Watford.

“I also knew [Success] for a very long time, even Dennis too. Tom Dele-Bashiru, I had never met him but for a few weeks in training I got to know him.

“I had heard of him and that he had been invited to participate in the Under-20 World Cup.”