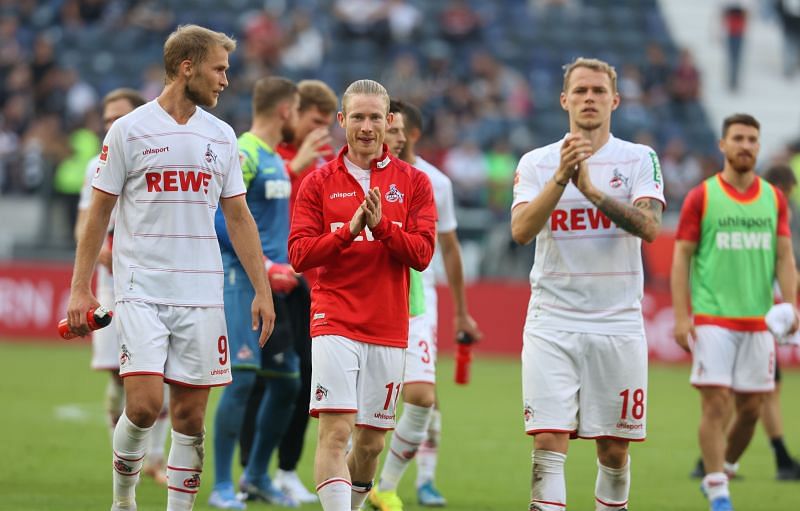 The Bundesliga returns this weekend and will see FC Cologne host Greuther Furth on Friday.

FC Cologne’s draw with Eintracht Frankfurt was Billy Goats’ third straight 1-1 draw in the Bundesliga. They sit seventh in the standings with nine points in six games and will be looking for their first win in more than a month when they play on Friday.

Greuther Furth is playing in the German top flight for the first time since the 2012-13 season. The newly promoted squad haven’t had a fairytale comeback as they are winless in all competitions this season.

Greuther Furth was beaten 3-1 at home by defending champions Bayern Munich in their last league game. They occupy the bottom of the Bundesliga with just one point in six games so far.

There have only been four meetings between FC Cologne and Greuther Furth in the past. FC Cologne are unbeaten in all four games, drawing in the first two and winning the last two.

The two sides last met in 2. Bundesliga in 2019. FC Cologne won the away game 4-0 thanks to a hat-trick from Jhon Cordoba and a home goal from Daniel Steininger.

Luca Kilian was injured in the first half against Eintracht Frankfurt and is expected to miss Friday’s game. He joins Tim Lemperle and Jannes Horn on the injured list for the hosts.

Gideon Jung, Robin Kehr and Jessic Ngankam are all unavailable due to injuries and will miss Friday’s game.

FC Cologne have lost just one game in all competitions this campaign, but have not achieved any wins in their last three games, with back-to-back draws 1-1.

Greuther Furth, meanwhile, is winless in all competitions this campaign and is on a four-game losing streak. The hosts should be able to secure a victory over the new Bundesliga boys.