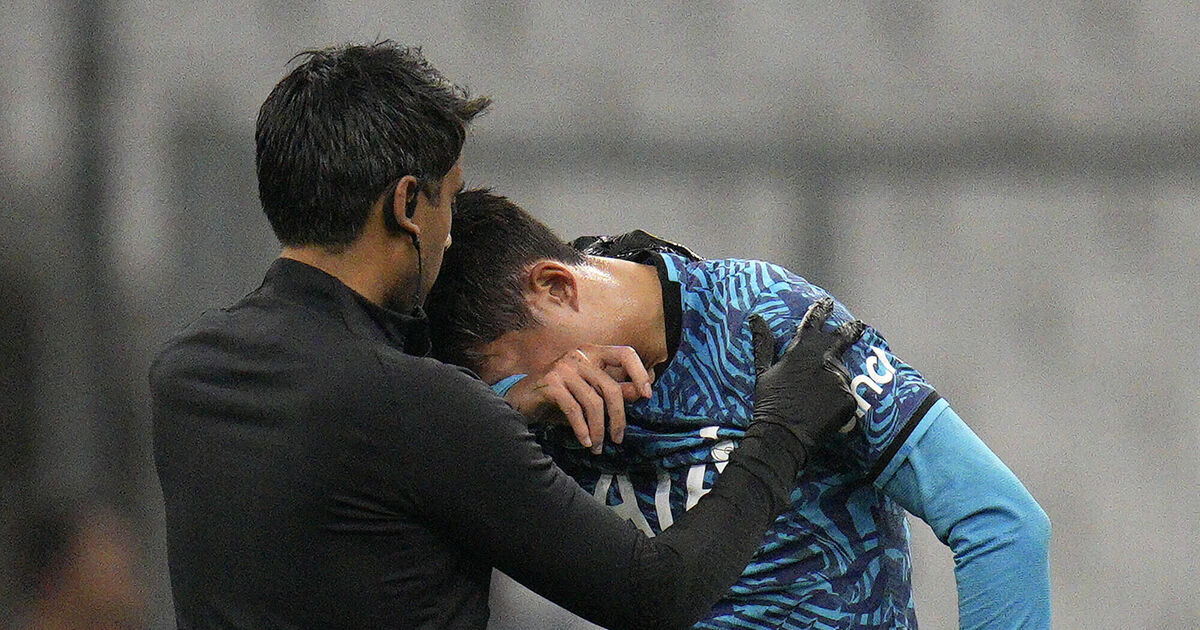 TOMORROW sees the epic ‘Battle of the Inconsistents!’ A slogan that is unlikely to win marketing accolades or make Sky Sports’ ‘Super Sunday’ a job. But it’s true that two of this season’s best, yet most unpredictable sides are meeting in London, with no clear indication of their form as to how the outcome will play out.

Spurs welcome Liverpool to their magnificent stadium, with good results from both sides, but also rather fortuitous results in the Champions League in midweek against Marseille and Napoli respectively.

Spurs will make the most of their European result as Pierre-Emile Hoejbjerg’s 95th-minute winner against the French side was the difference between winning the group or becoming the only English side not to advance to this next round . Talk about tight margins.

For Liverpool, their late victory was more about boosting morale as they had already progressed to the next round. But there was also talk of revenge as Napoli humiliated them 4-1 in the return leg in Italy. Moreover, Liverpool’s victory also prevented Napoli from joining the elite club (including Liverpool) of teams that have won every game in their Champions League group.

Despite Tuesday’s result and a generally positive European campaign so far, the Reds go into tomorrow’s game after a very poor 2-1 home Premier League defeat at the hands of Leeds United, preceded by the humiliation of an away defeat by hands. on the lower side, Nottingham Forest.

Spurs are in a much better position in the table than ninth-place Liverpool, but their third place behind Man City and Arsenal hides the fact that they live on the verge of retaining a top-four position.

Spurs have already lost three games, which by the standards of recent seasons would probably mean their title ambitions would be as good as done before we even hit Christmas. From their total of 26 points in the league, they scrambled 10 points in three wins and a draw in losing positions, which while showing a fighting spirit, especially in the draw against Chelsea, also indicates a rather frantic struggle to stay in touch. Especially in the scramble of wins from behind against Southampton and Leicester, and Bournemouth, showing that they are not yet a stable team. Then again, when was the last time we had a stable and consistently stable Spurs squad?

Liverpool this season are far from having such good numbers and after 12 games have suffered four defeats, three draws and only one win from losing positions. This from a team that lost just one game in the whole of the Premier League last season.

Although playing at home is a clear advantage for Spurs, they have been plagued by several major injury issues, the worst probably being the absence of their best player in recent seasons in the form of Son Heung-min. The Korean striker fractured his left eye socket in a nasty collision during the Champions League game on Tuesday night.

Spurs have confirmed that Son will have to undergo surgery which could worryingly cost him his place in his country’s World Cup campaign.

Having Harry Kane to achieve your goals isn’t a bad position, but there’s no denying that Son, in his rich vein of current form, will be missed nonetheless. And the England striker will probably need someone to play in attack.

Sweden winger Kulusevski is recovering from a thigh injury, with Spurs boss Antonio Conte confirming he suffered a setback during rehabilitation last month. While Richarlison, who picked up a calf injury against Everton, is also in a race to return in time for Brazil’s Qatari World Cup push.

The blow to the team’s usual attacking formations may force Conte to change his formations in order to push Lucas Mora or Ivan Perisic up front alongside Kane, but it could render their wing options powerless.

Cristian Romero is another doubt for the Cockerels, having missed Tuesday’s victory at Marseille with a thigh problem.

Of course, as has been the case all season, Liverpool’s pressing style sees them not without their own injury problems. Captain Jordan Henderson missed out on victory at Napoli, while last season’s talismanic players Luis Dias and Diogo Jota are long-term injuries this season, along with midfielders Naby Kieta and Arthur. Centre-back Joel Matip is due to return but the Spurs game will likely come too early for him to be in contention. But luckily, from a Liverpool perspective, Ibrahim Konate returned from his own injury for Napoli and looked well recovered alongside Virgil van Dijk against the Italian players.

The wild speculation over who will make up the starting lineup on both sides only adds to the curious confusion of who has the advantage in this matchup. Whichever side you think has the upper hand here, you should probably bet on the opposition.