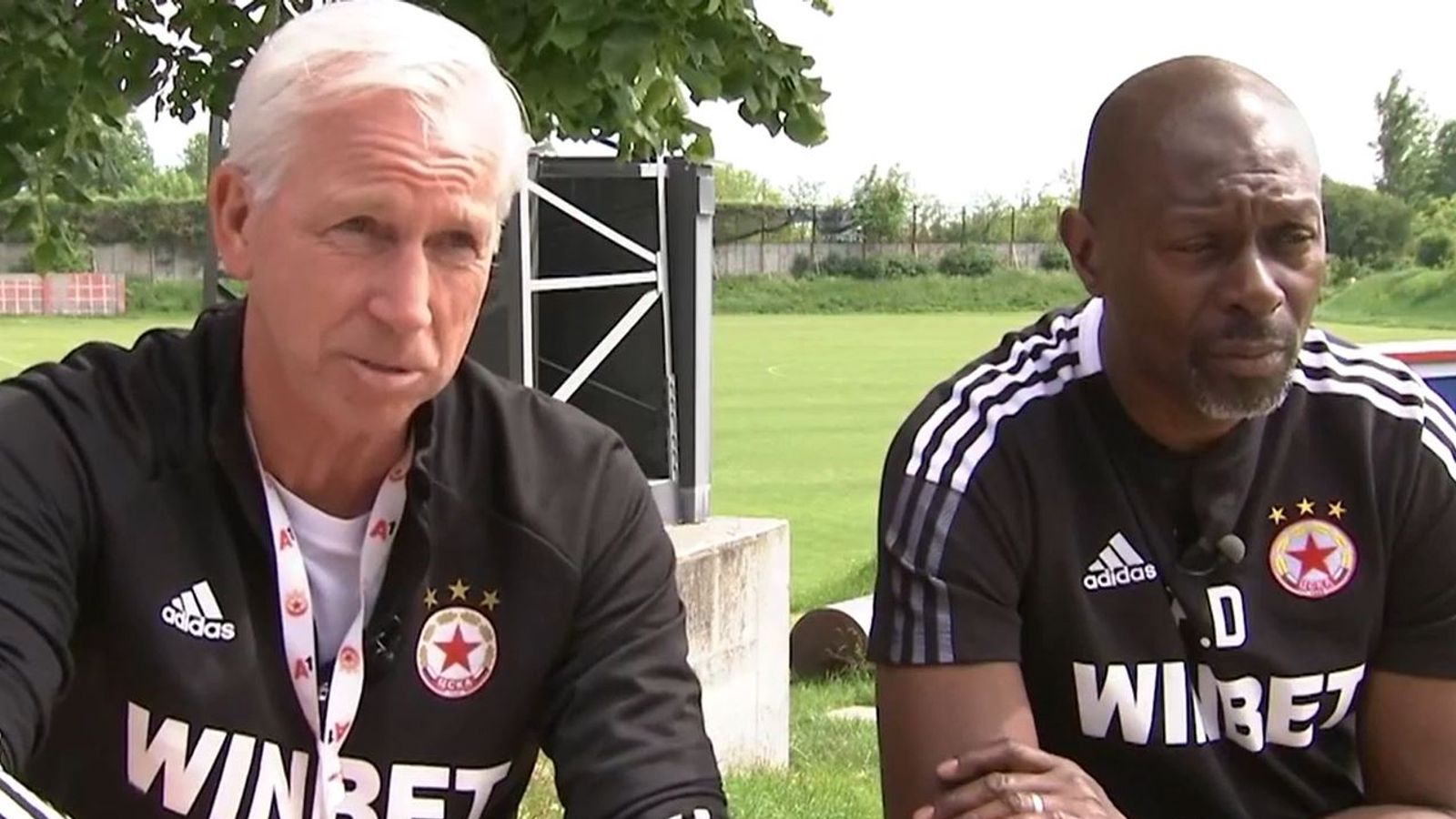 Former Premier League manager Alan Pardew has quit his new job at a Bulgarian club after his own fans threw bananas at his black players.

Mr Pardew – who only took charge of the first team in April – left CSKA Sofia with immediate effect following racist insults uttered against black players by some of the supporters.

He first joined the club in November 2020 as technical director after a career with several top teams, including Crystal Palace and Newcastle.

CSKA lost the Bulgarian Cup final to bitter rivals Levski Sofia last month, and after talks with the club’s owner, Pardew has planned to stay and take charge of the team next season.

But a week after the cup final, as the CSKA side arrived to play one of their last league matches against Botev Plovdiv, they were greeted by a large number of angry fans outside the stadium.

Four black players were racially abused and had bananas thrown at them.

They initially refused to play the game, but were later persuaded to do so.

Sky Sports News understands Pardew was angry and upset by the incident and has demanded urgent talks with club bosses.

In light of this incident, he has now decided to leave the club, along with his assistant Alex Dyer – the first black man to hold a coaching position at the club.

In a statement to CSKA Sofia’s website, Pardew said: “The events before and after the match against Botev Plovdiv were unacceptable not only for me but also for my assistant Alex Dyer and for my players.

“Our players decided to play out of loyalty to the club.

“This small group of organized racist fans, who tried to sabotage the game, are not the fans I want to coach the team in front of.

“It’s definitely not the right path for CSKA because such a club deserves much more.”

“I would like to express my gratitude to all true CSKA fans for their support and passion.

“I would also like to thank Grisha and Dani Ganchev [the club owners] for their efforts to move the club forward despite all the challenges and circumstances.

“It has been a privilege and an honor to serve this great club. Unfortunately, my time here is over.”