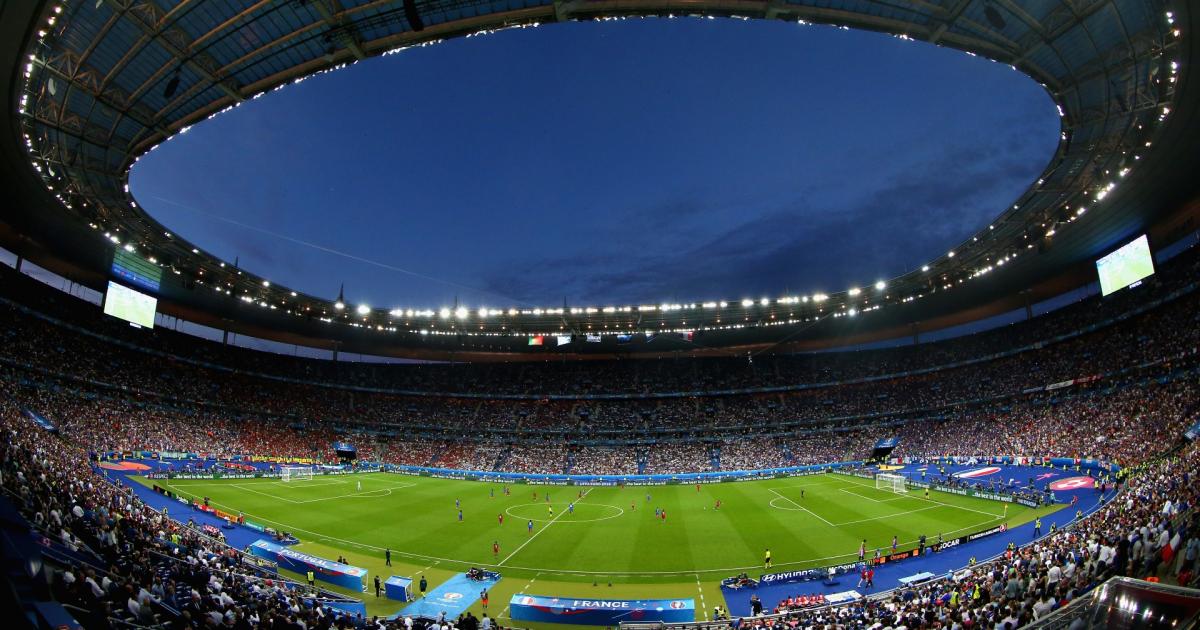 How many UEFA Champions League finals have been played in Paris? European Cup history of title matches held in France

Liverpool and Real Madrid will face off in the UEFA Champions League final this weekend, with the showpiece being held at the beautiful Stade de France in Paris.

Both sides will be desperate to complete their already successful campaigns by being crowned European champions, adding to their trophy haul for 2021/22 on the home front.

Liverpool are on course for a famous ‘treble’, having already won the FA Cup and the League Cup, while Real Madrid won the La Liga title in convincing fashion.

The Champions League final was originally scheduled to be played in St Petersburg, Russia, but was moved to Paris in February following the Russian invasion of Ukraine.

Paris as a city has a long and proud history of hosting the final of Europe’s biggest club competition, dating back to the tournament’s original foundations in 1955/56.

Here, The Sporting News takes a look back at the story of the Champions League and European Cup final in one of the continent’s major cities.

How many Champions League finals have been played in Paris?

Liverpool’s meeting with Real Madrid this weekend will mark the sixth time the final of Europe’s showpiece tournament has taken place in France.

Indeed, Paris hosted the first-ever final, when the competition was known as the European Cup, in 1955/56.

Three of those previous finals have been at the Parc des Princes – the 48,000-seater venue which is also home to French champions Paris Saint-Germain.

The other two were played at the Stade de France, which is the country’s national stadium and the home of the France team. It’s also the venue for Saturday’s centerpiece.

Of these previous games, many of them were classics:

Paris hosted the very first edition of the European Cup final in 1955/56, which Real Madrid and Reims played in fascinating fashion.

A seven-goal thriller saw Real claim the title thanks to goals from the great Alfredo Di Stefano, Marquitos and a brace from Hector Rial as the Spanish giants embarked on an era of dominance in continental competition.

Real had to come from behind twice to seal the win, with Reims taking advantage of a home crowd to lead 2-0 within 10 minutes, thanks to goals from Michel Leblond and Jean Templin.

After early Di Stefano and Rial equalized, the French side pulled ahead again after the hour mark, but Real stormed back to win their first of five consecutive European Cups.

The next time a European Cup final was held in the city of Paris was in 1974/75, when Bayern Munich beat Leeds United 2-0 at the Parc des Princes.

Late goals from Franz Roth and Gerd Muller were enough to send the European Cup back to Bavaria, with Bayern retaining the trophy they won against Atletico Madrid the previous season.

On the other hand, it was the first time that Leeds United reached the final of the competition, under the management of Jimmy Armfield. Heir to the legacy of Don Revie and Brian Clough, he was able to guide the little-known Whites to the final against all odds.

Liverpool and Real Madrid have a history in Paris, having met in the same city in the 1980/81 campaign, when Liverpool won a match that will be remembered for producing one of the most unlikely winners in the game. history of the competition.

Liverpool and Real Madrid did not meet again in the showpiece until 2018, when Real Madrid lost 3-1 in Kyiv, Ukraine. When they face off in Paris on Saturday, it will be the first time the same sides have met in three European Cup finals.

The European Cup returned to its roots under the renamed Champions League title in 2000, as Real Madrid outclassed Valencia to clinch their eighth continental title at the Stade de France.

Fernando Morientes, Steve McManaman and Raul provided the goals for Los Blancos, in a game that is also remembered as the first time two teams from the same country made it to the European Cup/Champions League final.

Vincent Del Bosque was in charge of Real Madrid for the game, winning his first of two Champions League titles as manager. He is just one of 20 managers to have won multiple titles in Europe’s elite competition.

In 2006, Barcelona narrowly beat Arsenal 2-1 at the Stade de France, thanks to goals from Samuel Eto’o and Juliano Belletti.

Arsenal took the lead through Sol Campbell but the Gunners tasted the bitter disappointment of final defeat late on as Barcelona won their second European Cup/Champions League title – 14 years after securing their first .

The match is also remembered by many as the ‘Henrik Larsson Final’ for good reason. When Barcelona were trailing 1-0, manager Frank Rijkaard sent in the veteran striker to put his team back in the proceedings.

His decision was crucial as the former Celtic man made his presence felt, contributing two assists as Barca fought back to claim the trophy in their last game at the club.

Thierry Henry escaped Larsson’s contribution in a famous post-match interview, in which he sang the Swede’s praises.

“People talk a lot about Eto’o and Ronaldinho, but they should talk about the players who made the difference, like Henrik Larsson” — Thierry Henry#OnThisDay in 2006, Larsson came off the bench with Barca trailing 1-0, had two assists and was a game-changer.pic.twitter.com/3GZoJfyQwe

Why is the 2022 UEFA Champions League final being played in Paris?

The 2022 UEFA Champions League final was originally scheduled to be played in Saint Petersburg, Russia, but was moved after the country invaded Ukraine.

The governing body of European football UEFA announced the change in February in response to escalating Russian military action.

“The UEFA Executive Committee held an extraordinary meeting today following the serious escalation of the security situation in Europe.”

Despite speculation to the contrary, according to reports in England, Wembley Stadium in London has never been in contention to serve as a replacement venue.

This was due to the fact that the English national stadium was already booked on that date for the Championship play-off final, which will be contested between Nottingham Forest and Huddersfield for a place in the Premier League.

Since 1955/56, 28 cities from 17 different European countries have hosted a Champions League final or a European Cup final.

After the 2022 final, France (six finals) will only edge England (eight), Germany (eight), Spain (eight) and Italy (nine) for the most matches in final held in the history of the competition.