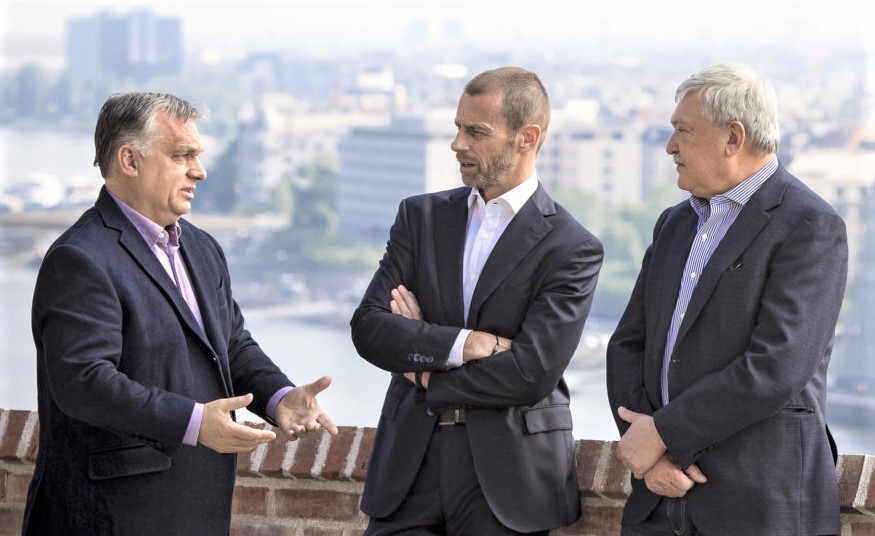 On 9 July, the UEFA Ethics and Disciplinary Review Body issued a statement relating to the events of the EURO 2020 group matches. Hungarian fans exhibited “discriminatory behavior” And Article 14 (2) of the Disciplinary Rules was violated.

The Hungarian Football Association was ordered to play its next three matches as the host association behind closed doors and was also fined â‚¬ 100,000. Hungarians must display a banner with the words â€œ#EqualGameâ€, with the UEFA logo on it.

You would expect the Hungarian government and sports leaders to speak out vigorously against the racist, anti-Semitic and homophobic tendencies of the well-organized football fan clubs, the so-called â€œUltrasâ€. Not at all.

Hungarian Foreign Minister Peter SzijjÃ¡rtÃ³ has attacked UEFA. â€œThe committee that makes such a decision is a pitiful and cowardly body. They should be ashamed of themselves, â€wrote on his Facebook page. Mr. Gyula Budai, Fidesz deputy went further, he said that the leadership of UEFA is not suited to lead the organization

The Hungarian Football Federation is headed by a Hungarian oligarch, Mr. SÃ¡ndor CsÃ¡nyi, close to the OrbÃ¡n regime. CsÃ¡nyi is an opaque and “godfather” figure. He has run Hungary’s largest OTP bank with a firm hand for the past 30 years and is a member of the UEFA Executive Committee.

CsÃ¡nyi is well aware of the close ties between OrbÃ¡n’s circles and Hungarian far-right footballing crowds, yet the Hungarian billionaire has not protested against the OrbÃ¡n government’s attacks on his own organization. He is currently UEFA vice-president.

I expected him to immediately condemn Foreign Minister SzijjÃ¡rtÃ³ and MP Budai for their unprecedented comments. But this is impossible in the Hungarian mafia world, the powerful mixture of far-right propaganda, economic interests, football politics and uncontrollable fan clubs, the â€œUltrasâ€.

Measuring the cost of racial abuse in football