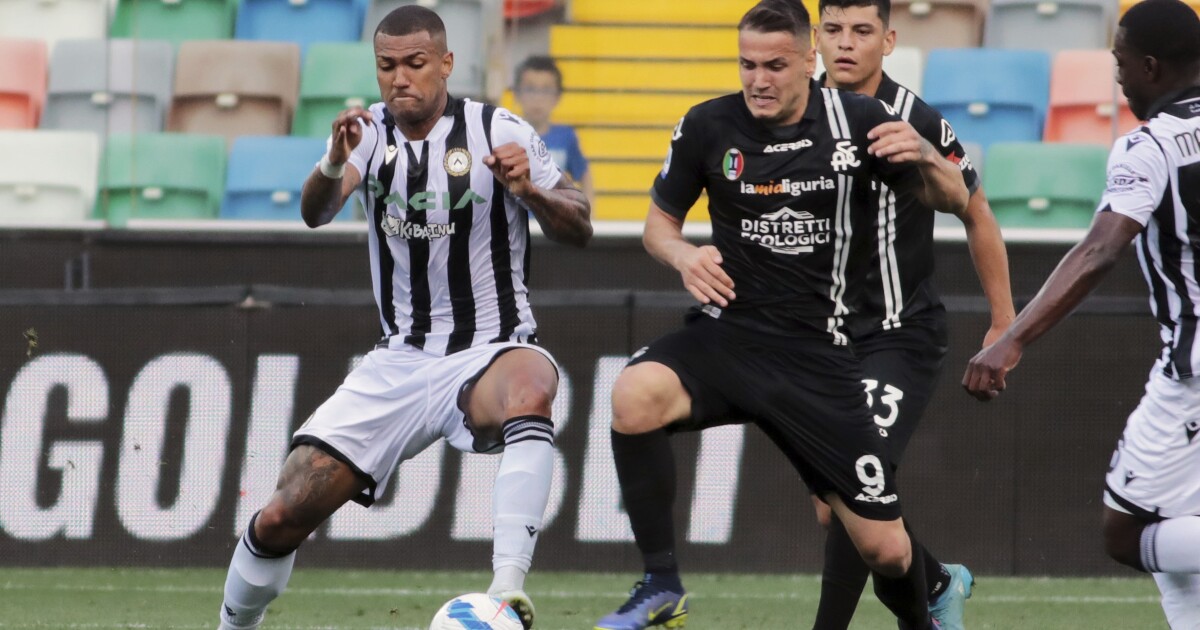 Italian club Spezia challenged FIFA in sport’s highest court on Thursday to try to overturn a two-year transfer ban for allegedly trafficking young players from Africa under the former owner.

The Court of Arbitration for Sport said no date had been set for an appeal verdict. The Serie A club could seek an expedited decision in June before the offseason transfer window opens in Italy.

The club said last year that the deals were in place from 2013 to 2018 before the American Platek family bought the club in February 2021.

Spezia have already served part of their sentence by sitting out the January swap deal and have since avoided relegation to secure another top-flight Serie A season.

With one round remaining, the side coached by former Italy midfielder Thiago Motta can only finish 16th in the 20-team division.

Spezia’s former owner was Gabriele Volpi, who took over a bankrupt club in 2008 and oversaw promotions from the fifth tier to Serie A for the first time in 2020.

The scheme, according to FIFA, was designed to avoid football rules that protect minors from international trafficking as well as Italian immigration rules.