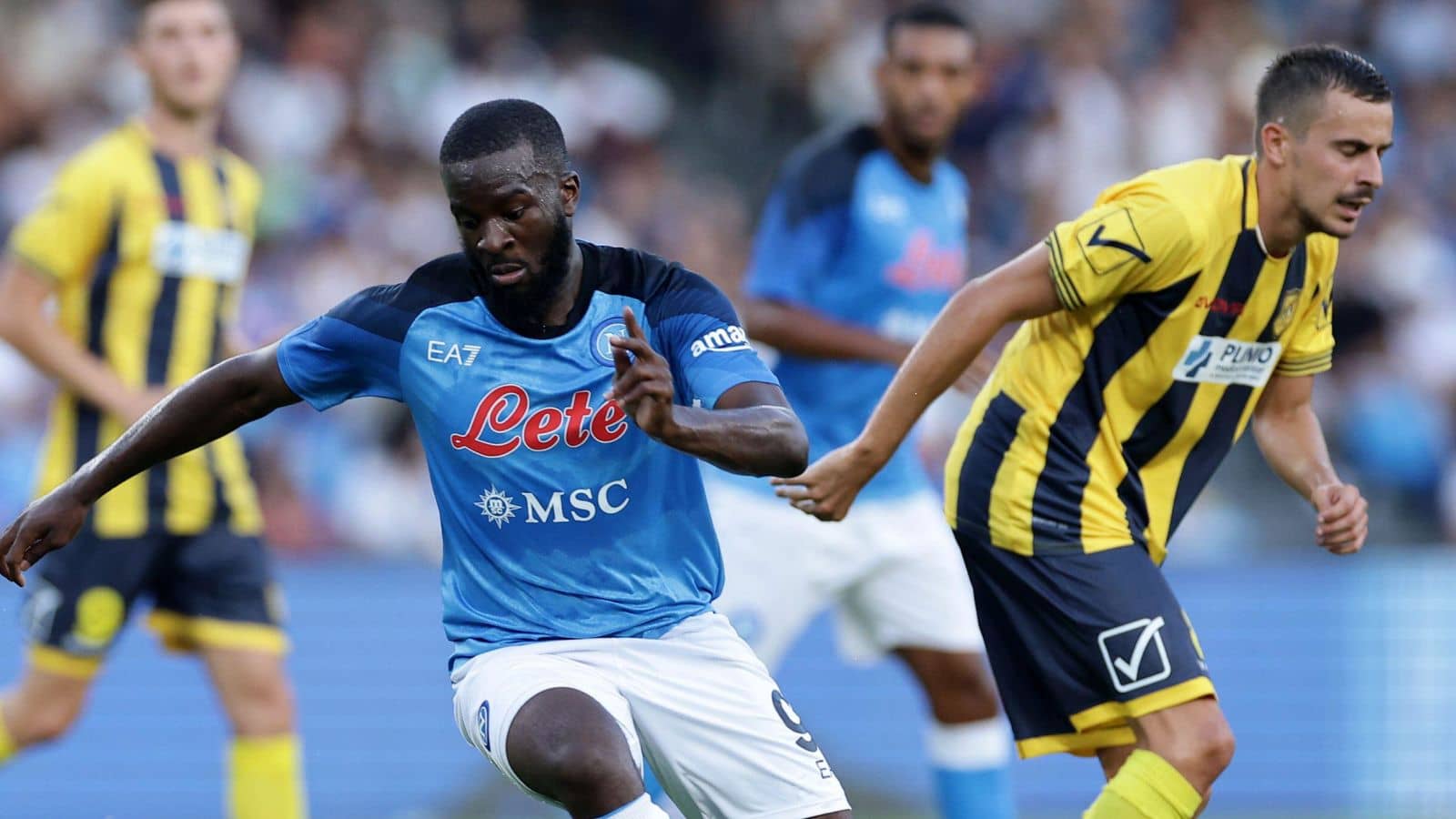 An Italian journalist has given a complete U-turn on how he thinks Tanguy Ndombele will fare at Napoli after witnessing the player’s debut for the club in a friendly.

The record signing from Tottenham moved to Napoli on loan in the summer, with the Serie A side reportedly able to make the transfer permanent for around £25million at any point in the season.

And while the jury is still out on whether the Frenchman will stay in Italy, he certainly made a big impression early on.

Ndombele lined up in the Napoli squad for a friendly clash with Juve Stabia on Wednesday.

He then made headlines with a stunning goal and played so well that journalist Valter De Maggio was forced to back down.

He said Radio Kiss Kissrelayed by Napoli Piu“I have to say my mea culpa for what I said about midfielder Ndombele and I have no problem acknowledging my error in some of my assessments. I said I would never break a midfield consisting of Stanislav Lobotka, Frank Anguissa and Piotr Zielinski to bring in Ndombele.

“After seeing what the former Tottenham player did against Juve Stabia, I changed my mind. How do you rule out such a player?

“The French footballer, for all the qualities he has, absolutely must also be a protagonist of the new Luciano Spalletti Napoli brand.”

Ndombele failed to convince many Tottenham managers that it was worth a run in the side. Indeed, his best spell came under Jose Mourinho before the Portuguese was eventually sacked.

Ndombele not a Conte type player

The Frenchman never stood a chance under Conte given the Italian’s focus on work-rate and discipline.

This forced him to return to former club Lyon on loan last season. However, they decided not to return permanently.

But Ndombele is hoping that a move to a whole new league will see him return to his best form.

He certainly couldn’t have done much more to make an impression after his effort against Stabia.

Napoli open their Serie A season with a trip to Fiorentina on Sunday night.

They will also be in the Champions League and could actually face Tottenham. The draw takes place on Thursday evening.