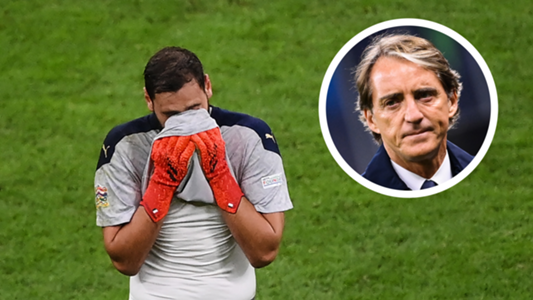 Italy head coach Roberto Mancini has expressed his displeasure after Gianluigi Donnarumma’s difficult return to Milan on Wednesday, saying fans should have prioritized their love for their national team rather than their anger over the recent exit of the player’s Serie A club.

The former AC Milan goalkeeper lined up in front of San Siro for the first time since leaving for Paris Saint-Germain on a free transfer this summer.

And the Euro 2020 hero was the butt of boos and taunts from the crowd as Italy fell 2-1 to Spain in the UEFA Nations League semi-finals.

“Donnarumma played for Italy and it was not a club game.

“This situation could have been put aside for one night and [he could have been] hissed [at] in a possible PSG vs Milan [match]. Italy is Italy and comes first. “

Mancini also spoke out against the hostile reception to RAI Sport, stating that the whistling was an “unpleasant episode”.

“The defeat will help Italy to grow”

Wednesday’s loss was the first Italy suffered in 37 matches, a two-year world record streak that included a victory at Euro 2020.

Spain, meanwhile, will face France or Belgium in the Nations League final, but Azzurri defender Giorgio Chiellini has tried to see the positive in adversity.

“It’s a shame the defeat came in Milan, but there is pride in this streak of extraordinary results,” said the Juve mainstay. RAI Sport.

“It’s a necessary step in the process of growing a team that can still do much better. We knew it was a difficult game, we asked for patience and clear spirits, sometimes you have to accept that the opposition is a very strong team that gives you problems.

“It’s a shame, we wanted to continue this unbeaten streak, but the point is, it’s going to help our growth process. We almost got back where we were when we were 10 men and 2-0, which shows what we are capable of. “

Italy are back in action on October 10, when they face the loser of the Nations League’s other semi-final in the play-off for third place in the competition.