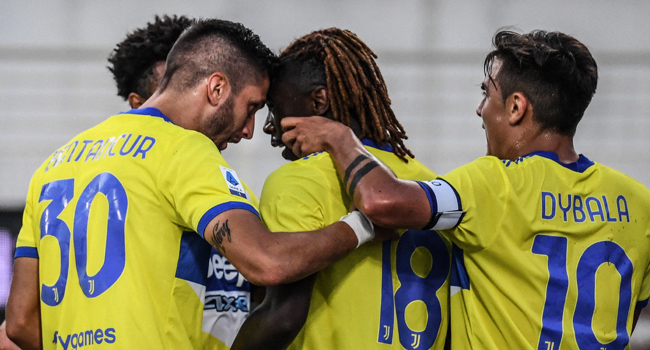 Juventus pulled out of the Serie A relegation zone on Wednesday after securing their first league win of the season in the fifth attempt, coming from behind to win 3-2 at Spezia. It was also their first Serie A victory since Cristiano Ronaldo left the club.

Massimiliano Allegri’s side climbed to 12th place in the Italian top flight with five points after the relentless victory which at one point seemed to be heading for an embarrassing defeat.

Emmanuel Gyasi and Janis Antiste put Spezia ahead shortly after the break after Moise Kean’s opening goal in the 28th minute, the Italian’s first goal for Juventus since returning from Everton.

However, substitute Federico Chiesa equalized midway through the second half with his first league goal of the season and a few minutes later Matthijs de Ligt hit the winner when the ball gently fell to him from a corner kick. Paulo Dybala.

The performance was far from convincing and Spezia could have equalized late, with Wojciech Szczesny at his best to fend off Giulio Maggiore’s volley with five minutes remaining.

Juve are eight points behind league leaders Inter Milan, who could be joined at 13 by city rivals AC Milan when they host Venezia later on Wednesday.

In the other early game, Salernitana scored his first point of the season coming back from a two-goal lead to draw Verona 2-2 at home.

Nikola Kalinic put the opposing team ahead with a skillful double in the first half, but CÃ©dric Gondo pulled one out just before half-time when the ball fell to him on Franck Ribery’s free kick.

Mamadou Coulibaly then hit the leveler with 14 minutes left to send a passionate crowd home, although the promoted team remain at the bottom of the league.