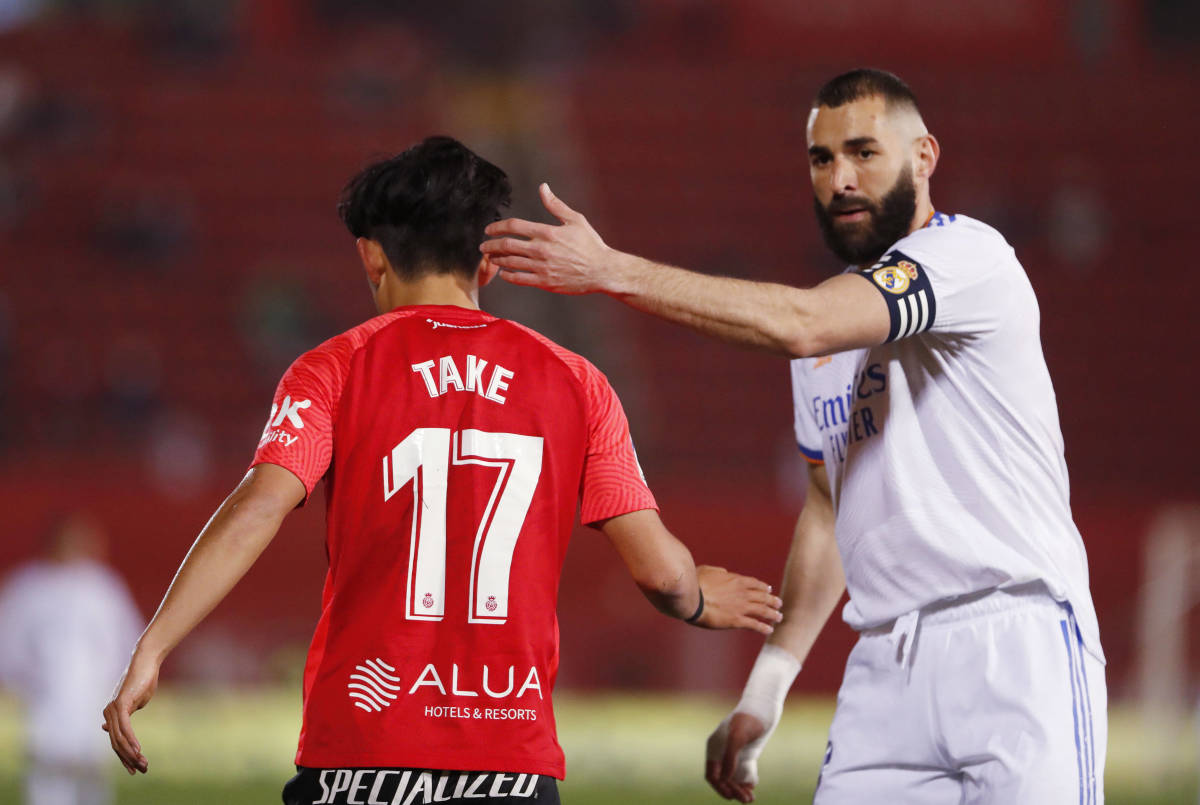 Karim Benzema was Real Madrid’s MVP for the second game in a row as they eliminated Mallorca on Monday.

Five days after his Champions League hat-trick against Paris Saint-Germain, Benzema scored twice and set up another as Mallorca were beaten 3-0 at Palma.

Setting up Vinicius Junior for the 55th-minute opener, Benzema took his La Liga assist tally to 11 in 25 games this season.

In Europe’s top five leagues – meaning the English Premier League, Spanish La Liga, German Bundesliga, Italian Serie A and French Ligue 1 – no player has scored as many goals as them.

It was the eighth time Benzema assisted Vinicius or vice versa in La Liga this season.

Vinicius also played a big part in Benzema’s first goal of the night, although it won’t count as an assist.

The Brazilian won the penalty which the French converted.

It was the fifth penalty won by Vinicius in La Liga this season.

But it was Benzema’s night – again – and he had the last laugh when he headed home after a cross from Marcelo to complete the scoring.

It was his 23rd La Liga goal of the season and his 32nd for Real in all competitions.

Benzema may be 34 but he’s on track to break his personal bests in terms of La Liga assists and overall club goals.