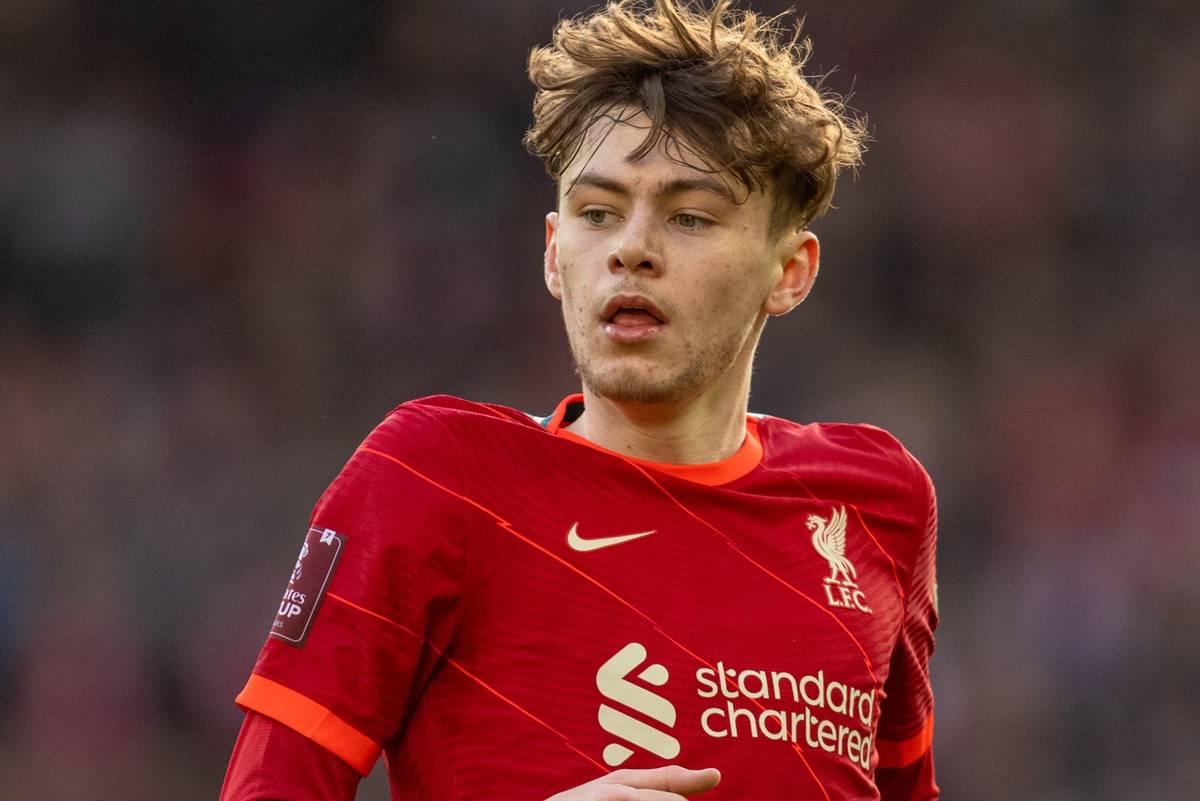 Liverpool’s UEFA Youth League side who will meet Genk in the knockout round of 16 has given a hint at some of the academy players Jurgen Klopp could turn to against Norwich.

Just three days after a battle of attrition lasting more than 120 minutes and a penalty shootout, there will be plenty of changes for Liverpool in their FA Cup fifth round draw.

It’s entirely possible that 11 changes are on the way and the youngsters could once again get shot under the Anfield lights as Klopp looks for new legs to get the job done.

And with the Under-19s taking part in their Youth League Round of 16 knockout tie against Genk (2pm), Marc Bridge-Wilkinson’s side offer a clue as to who could be with the first team tonight.

Conor Bradley, Kaide Gordon, Owen Beck and Tyler Morton were all conspicuously absent from the squad roster at Kirkby, despite the latter being substituted through injury just five days ago.

The hope was that Morton, who was later seen on crutches, had only suffered a dead leg. With Fabinho rested, it would be an ideal opportunity to field the 19-year-old, if his physical condition allows it.

Bradley, meanwhile, is likely to make his sixth senior appearance this season to replace Trent Alexander-Arnold, which would allow Joe Gomez to start at centre-back.

Kaide Gordon’s fitness remains an unknown having only last made a squad sheet for the senior or academy side in Liverpool’s FA Cup final game against Cardiff last month.

But if fit, the 17-year-old is a likely option to start from the bench, as is Owen Beck with Kostas Tsimikas in line to make his 19th appearance in 2021/22.

Other potential squad members for Klopp tonight could also include Rhys Williams, Leighton Clarkson and Elijah Dixon-Bonner, all of whom have aged out of Under-19 competition.