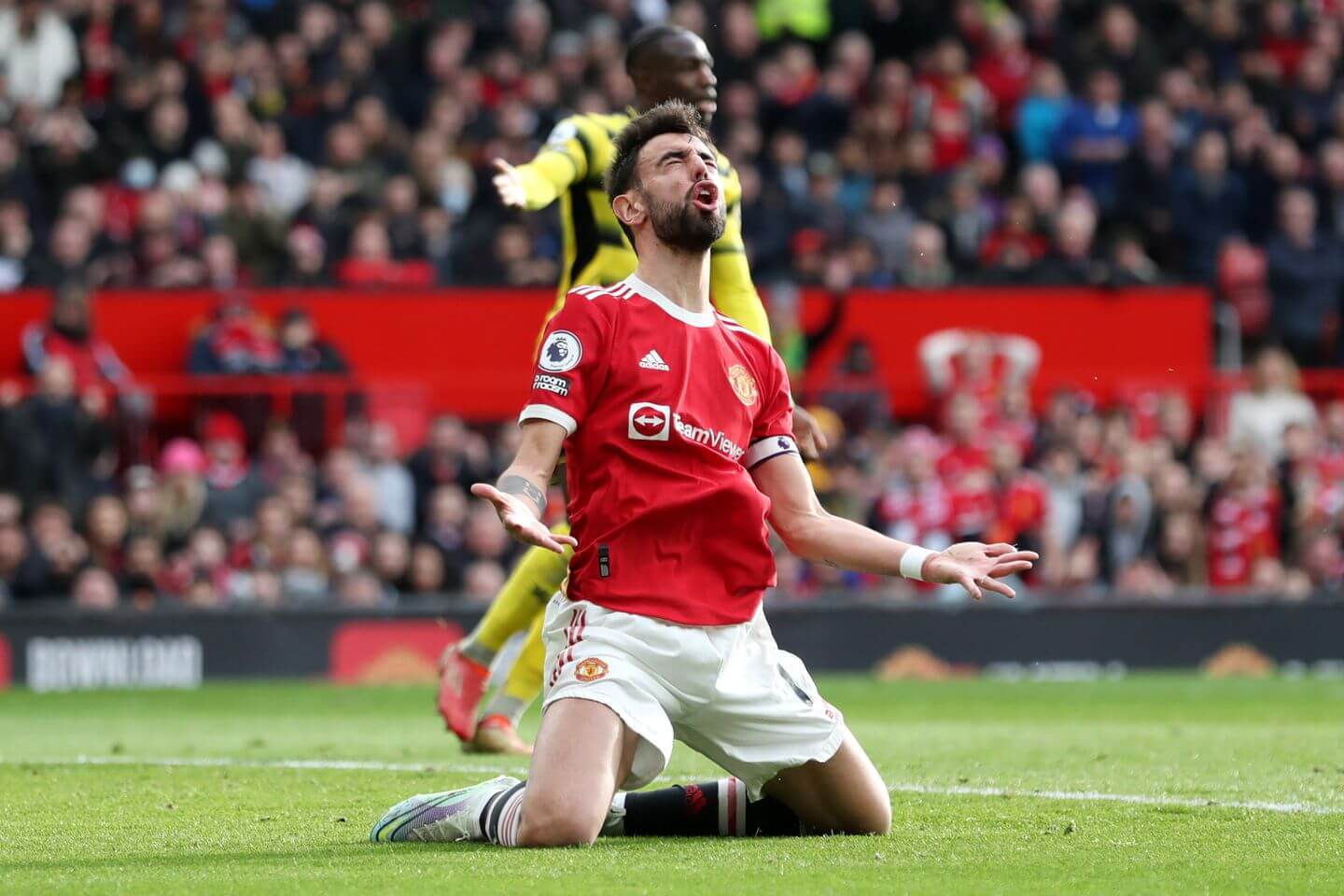 Manchester United failed to capitalize on their dominance as they were held to a 0-0 draw against a resolute Watford side at Old Trafford.

The home side fended off an array of chances throughout a game they controlled from the first whistle. The best chances fell on Cristiano Ronaldo, who hit the post and was denied a goal in the first half, and Anthony Elanga, who failed to convert a big chance in the second.

Watford knew they were in for a tough ride when Ronaldo hit the woodwork with a spinning shot in the opening five minutes, before Bruno Fernandes stretched to push a Paul Pogba cross.

United’s onslaught continued for the remainder of the first half as Fernandes headed towards them, Victor Lindelof saw a volley from close range blocked and Alex Telles grazed the side netting with a free kick.

United could have had a penalty minutes before half-time, but referee Kevin Friend dismissed appeals after Elanga was brought down by Craig Cathcart in the box.

In the second half, Watford tried to give United a defense to do on their own and almost took a shock lead when Emmanuel Dennis took David De Gea’s gloves from close range.

After 55 minutes, Ronaldo was challenged in the box but, after a VAR check, play resumed. On the next attack, Pogba found Elanga in the box with a brilliant backheel pass and the Swede took a challenge before firing wide as he looked almost certain to give United the lead.

From then on United kept pushing for a winner and Watford defended resolutely. Ronaldo saw a low shot blocked before heading for the roof of the net as time ran out for the hosts.

Watford could have snatched a winner when Kuco robbed Pogba in the middle of the park, leapt to the edge of United’s box but fired wide.

The Hornets held on to claim a valuable point in their quest for Premier League survival, leaving Manchester United to wonder how they couldn’t take all three points of the game. The result sees both sides stay in their original position, with United 4th and Watford 19th.