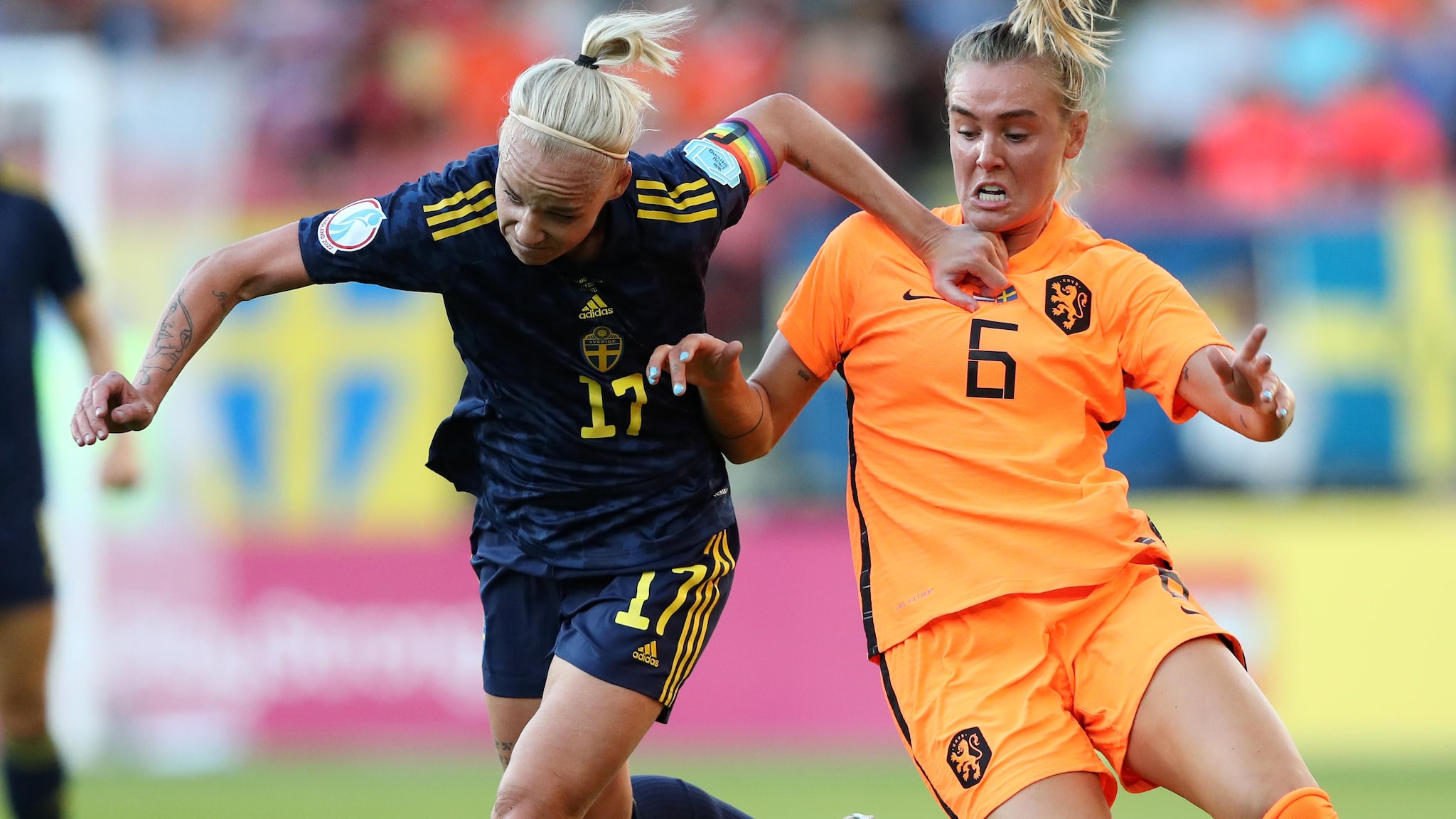 Netherlands 1-1 Sweden: Roord saves a point for the starters

The Netherlands overcame the first-half defeat of a key goalkeeper and defender to come from behind and open their UEFA Women’s EURO title defense with a draw 1-1 in Group C against Sweden in Sheffield.

Match in brief: The impoverished Dutch fight back

The pre-match scenes were colorful with thousands of travelers from both countries and the Dutch dressed in orange dancing en masse towards the stadium, just like before their triumphant home games five years ago. However, there was a blow for the starters when goalkeeper Sari van Veenendaal was injured in a collision with colleague Stefanie van der Gragt, meaning an unexpected second senior cap and competitive debut for Daphne van Domselaar.

The substitute was beaten in the 36th minute when Kosovare Asllani sent a ball from the right which fell well for unmarked Jonna Andersson to surrender. At the other end, Lieke Martens immediately forced Hedvig Lindahl to save but things got worse for the Netherlands. when defender Aniek Nouwen was also sent off with an injury.

A first defeat for the defending champions in an opener of a Women’s EURO defense since the group stage was introduced in 1997 seemed on the cards. However, at the start of the second half, Jill Roord, fresh off a prolific season for Wolfsburg and the Netherlands, surged level after a Vivianne Miedema pass was deflected into her path.

Sweden sent key striker and Miedema’s attacking partner to Arsenal, Stina Blackstenius, who hadn’t been able to start due to a recent injury. But Miedema’s liaison with former Gunners team-mate Roord nearly paid off again, with only a superb sliding tackle from Magdalena Eriksson denying Roord. The final stages were thrilling, with Van Domselaar making a superb diving save from Fridolina Rolfö and the noise inside Bramall Lane was loud, but the points were evenly split.

Player of the Match: Vivianne Miedema

“She showed excellent centre-forward play throughout and was the focal point of the Netherlands attacks. She linked up well with the wide forwards and her teammates in midfield, and delivered from very good passes and lots of classy touches.”
UEFA Technical Observer Panel

A well-deserved point for Mark Parsons’ team after a much better second half. Much like Sweden in the first half, most of the Netherlands’ danger came from the left flank, with Miedema in particular full of smart, direct running. The Oranje’s improvised defense was also well illustrated. We feel that these two teams can go far in this tournament.

For most of the game, Sweden were the better team and you could often see the quality of this team, especially on the ball. However, too many bad decisions were made at key moments which meant their game never quite went perfectly. Peter Gerhardsson’s decision to play three at the back allowed Andersson to be more attacking, ensuring she both scored and almost set up another. A 1-1 draw isn’t the end of the world, but Sweden, who have made it clear they are in England to win this tournament, of course wanted victory here tonight. There’s no need to worry, however, the quality is there – it’s just the small details to adjust.

Mark Parsons, Netherlands coach: “The first half was tough but we had some good moments when we played possession football. It wasn’t enough, the spaces were big so it meant Viv [Miedema] and others had to run too much. I was quite disappointed with the goal. The second half was better, and there’s more to come. “Not great” is the only thing I can say [about the two injuries]. You have two players in tears who are very proud of what the team has done.”

Vivienne Miedema, Dutch striker: “What a game. Obviously losing Sari [van Veenendaal] and Aniek [Nouwen] in the first half was a blow. At half time we knew we could do better, and I’m so proud of the team, how we changed things for the second half.”

Dutch striker Jill Roord speaking to UEFA.com: “Sweden are obviously a very good team, very powerful, and it’s difficult to play against them. In the end, 1-1 is good for us, and good for them as well. [The injuries] were obviously very unexpected. We had to change goalkeepers, which doesn’t happen often. But Daphne [van Domselaar] was amazing, and we also did really well as a team. We didn’t change anything, we just kept running hard and in the second half we played well.”

Peter Gerhardsson, Sweden coach: “We forced them to play a lot of long balls, Kosovare [Asllani] did his pressing very well. And we only had one problem left: Miedema, she is so talented that we had to overtake her. It was also something we needed three centre-backs for, to keep her in goal. But you can’t keep [a player that good] away for 90 minutes and she did a fantastic thing [to create the equaliser].”

Stina Blackstenius, Swedish striker, speaking to UEFA.com: “There are always nerves when you’re sitting on the bench – probably more than if you’re on the pitch. It took us a while to get into the game, there were a lot of touches and the ball wasn’t not as much in play as we had hoped. I definitely hope to start against Switzerland. It was great that the body felt so good today and now there are four days left until the next game, so it’s time to work on it.”