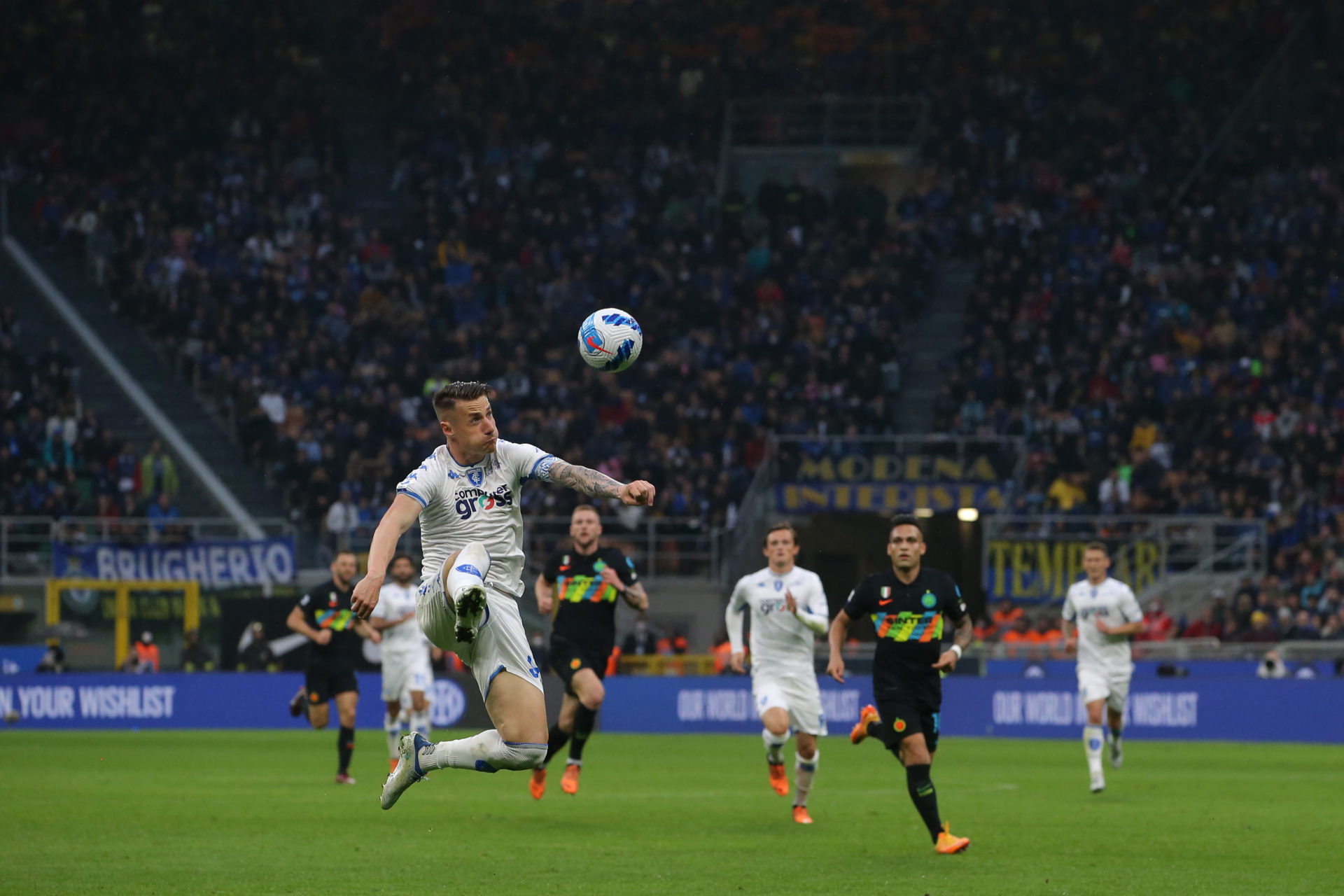 Pinamonti, an Italy U21 international living up to his vast potential at the age of 23, would have cost the City Ground club a slightly higher fee. According to Corriere dello Sport, Sassuolo are paying £17million up front, with bonuses taking Pinamonti above Awoniyi’s price.

Pinamonti will have big boots to fill at Mapei Stadium. Literally and metaphorically. He arrives to take the place of Gianluca Scamacca, after one of Serie A‘s most ruthless marksmen took his piston-shaped limbs to West Ham United.

According to Correire dello Sport, Nottingham Forest entered into talks with Inter Milan over the 6ft 1in long Pinamonti earlier in August. A deal always seemed unlikely, however. The former Chievo Verona youngster has made it clear that he wants to stay in Italy.

“(Pinamonti) is a player we are interested in,” Sassuolo CEO Giovanni Carnevali said this week. “He is certainly an excellent player. The only problem is that he would have a high price for a club like Sassuolo.

I Neroverdi will free up additional funds by selling Giacomo Raspadori to Napoli. An agreement between the two clubs is close.

Nottingham Forest, meanwhile, will now look elsewhere as they seek to provide serious competition for Awoniyi in attack. Southampton’s Emmanuel Dennis, Bamba Dieng and Che Adams are all options.

In other news, ‘The main name in the frame’: Reporter says ‘big’ player is Liverpool’s dream target