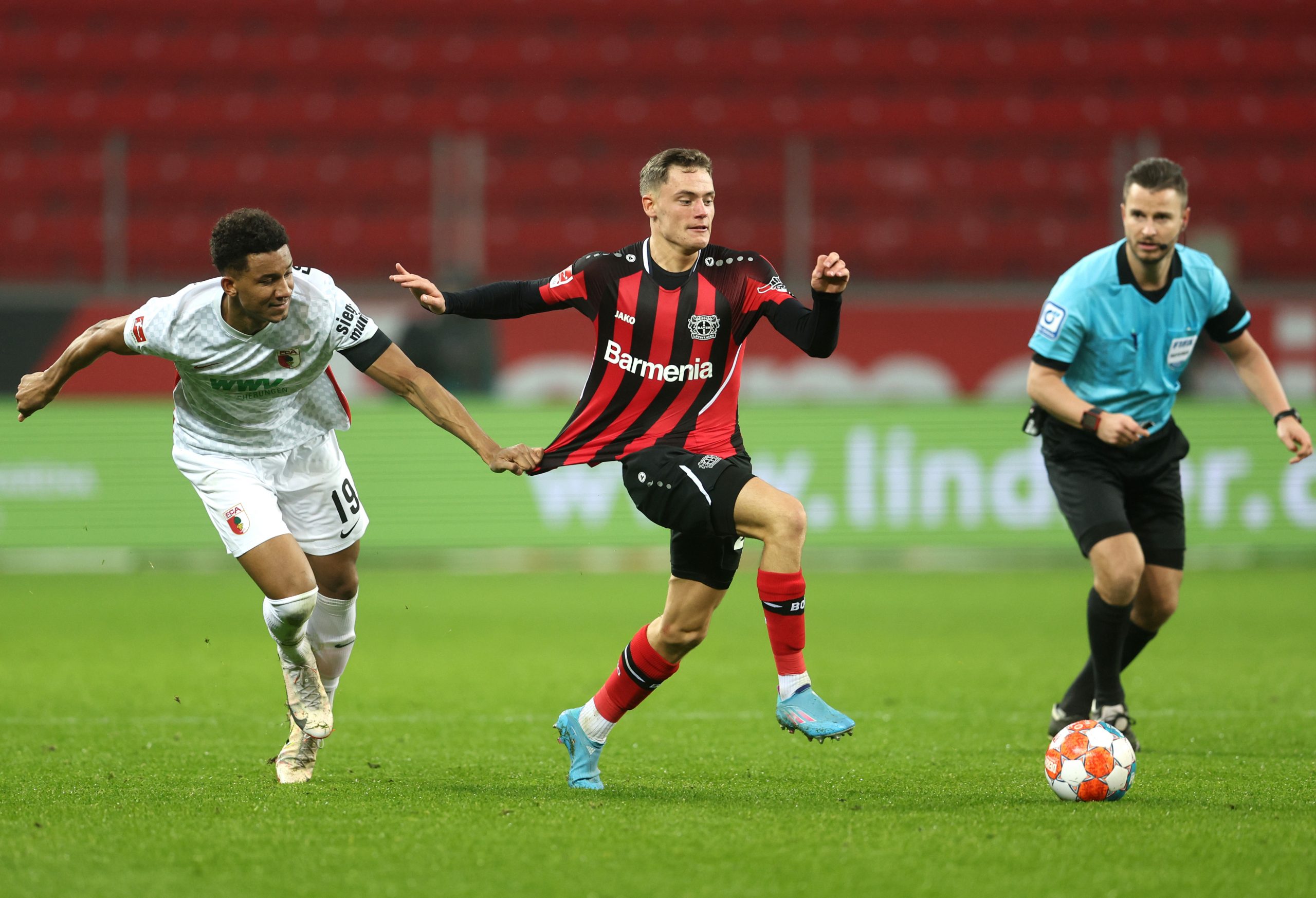 In a recent report, Fichajes mentioned that Real Madrid are set to compete with Bayern Munich for Bayer 04 Leverkusen striker Florian Wirtz. Los Blancos are believed to have identified the German playmaker as a target for the summer transfer window.

Wirtz has impressed greatly with his performances at the BayArena during this campaign, as he was tasked with setting up a handful of productive displays for Leverkusen in the final third. The 18-year-old has found the back of the net eight times and had 12 assists in 24 appearances for the German side this season in all competitions.

The talented teenager proved his worth as an influential member of Leverkusen’s first XI by averaging 1.6 shots, 2.7 key assists and 2.2 dribbles per game in the Bundesliga. He even distributed the ball relatively well in the opposing half after making 78.5% of his pass attempts in the German top tier (stats via whoscored).

Is Wirtz a good candidate for Real Madrid?

Wirtz is a composed dribbler with the ball and has a wide passing range in his locker. He is a technically gifted footballer who has the vision to pick out a killer pass in the attacking third of the pitch. At such a young age, the German sensation has shown great maturity as he proves his worth as a prolific passer in the Bundesliga. He can even contribute by scoring his fair share of goals up top and hardly gives up the ball cheaply in the opposition half.

Wirtz has the skills and the potential to become a future star at the Santiago Bernabeu stadium if Los Blancos can find a way to get him involved when the transfer window reopens this summer.

We can expect Wirtz to add plenty of goalscoring and creativity to Carlo Ancelotti’s attack, making him a decent choice for the Madrid giants at the end of this campaign. The German wonderkid could serve as an upgrade to Eden Hazard, who has struggled to find consistency with his performances in Spanish football this season.