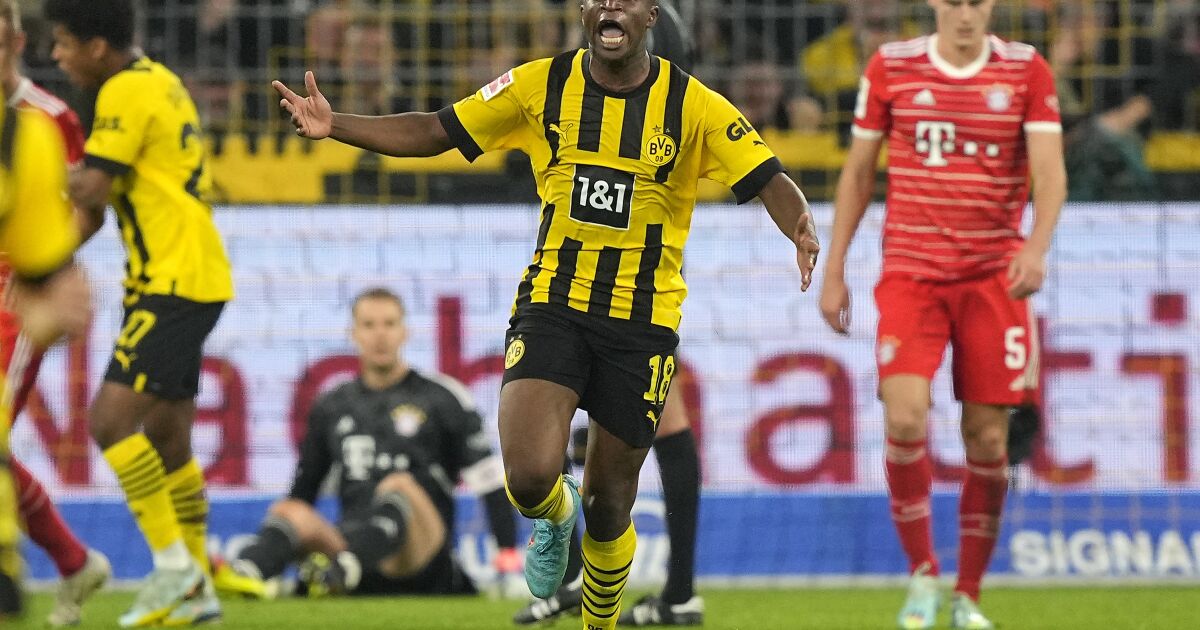 Union Berlin midfielder Rani Khedira, Borussia Mönchengladbach defender Luca Netz and Werder Bremen striker Niclas Füllkrug – who is joint-top scorer in the Bundesliga with eight goals – were all on the preliminary list for the coach Hansi Flick, German tabloid Bild reported on Tuesday.

National team coaches had to submit their selection of up to 55 players by the October 21 deadline to secure their eligibility for the tournament, which begins on November 20. Players who do not make the preliminary selections will not feature in Qatar.

Moukoko has scored four goals and set up three more in 10 Bundesliga appearances for Dortmund so far this season. Khedira, the younger brother of 2014 World Cup winner Sami Khedira, started every Bundesliga game for Union and surprisingly helped the lowly club lead the table. Netz, 19, is seen as a good prospect for the future.

There have been calls for Flick to include Füllkrug in the final squad as the Bremen striker’s strong physical presence creates opportunities for his teammates. Füllkrug, 29, has eight goals and three assists in the Bundesliga so far.

Bild only reported 44 names. It was unclear if Flick had included more. The German coach is due to announce his final 26-man squad on November 10 and did not want his initial selection released.

Germany will play their final World Cup warm-up game against Oman on November 16. The four-time champion was drawn in Group E and will face Japan on November 23, Spain on November 27 and Costa Rica on December 1.