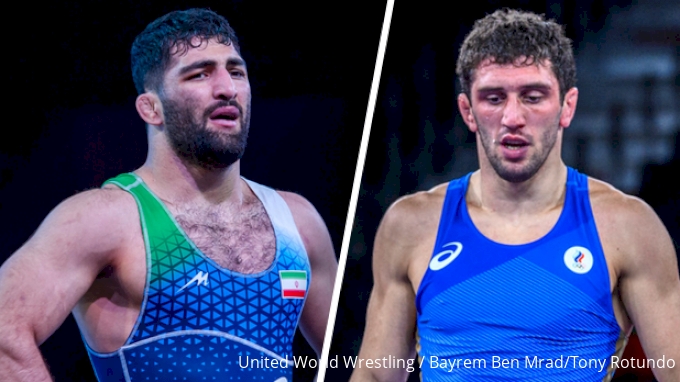 Over the past few months, the Iranian Premier League has unfolded with a number of notable results. The final took place on Friday with a major upset to Ali Savadkouhi who beat world and Olympic champion Zaurbek Sidakov. Check out the article below for a recap and all the results from the finals matches.

The great upheaval of Savadkouhi

Wrestling at 79kg from his normal weight of 74kg, world and Olympic champion Zaurbek Sidakov lost to Iranian Ali Savadkouhi on criteria, 2-2. In their match, Sidakov took a 1-0 first-half lead after Savadkouhi failed to score while on the shot clock. In the second period, Savadkouhi was again placed on the shot clock and gave up another point to lose 2-0. However, with about 1:30 remaining in the game, Savadkouhi scored a takedown on a hard hit and went behind to take the lead on criteria. The Iranian managed to fend off numerous takedown attempts by Sidakov in the final 90 seconds to hold the victory. The loss was Sidakov’s first loss since October 2020 when he lost to Khetik Tsabolov at the Russian National Championships.

Ali Savadkouhi had a great year for Iran and was a top contender for the World Team spot at 79kg. In February, Savadkouhi nearly beat Jordan Burroughs at Yasar Dogu. Savadkouhi held a 1-1 lead over Burroughs with 30 seconds left in the game before giving up a penalty point and losing 2-1. Then in July, Savadkouhi beat 2021 and 2022 world silver medalist Mohammad Nokhodi but lost to Chance Marsteller, keeping him out of world team Iran. Savadkouhi seems to have jumped a level in recent months. He beat Nokhodi again on Thursday in the Iranian Premier League semi-final and with his victory over Sidakov, Savdkhoui is a real threat to win a world title in 2023.

A number of other top wrestlers were competing in the Iranian Premier League final, including No.1 Zaur Uguev, No.1 Abasgadzhi Magomedov, No.2 Hassan Yazdani, No.2 Amir Zare, No.3 Amir Firouzpour and No.4 Mohammad Mohammadian. Take a look below to see the full results of this high profile event: