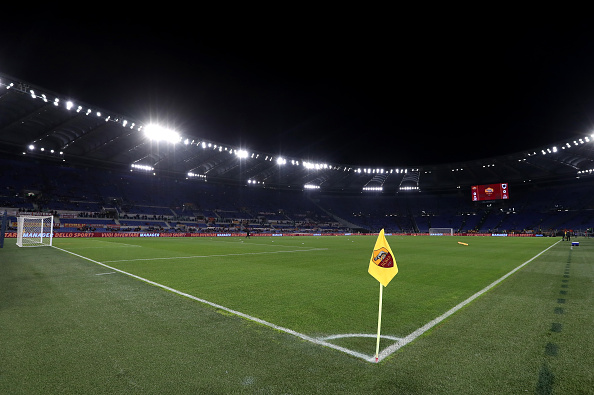 In recent seasons, some of the Premier League’s top talent and promising youngsters have left England and moved to Italy to join a Serie A club.

Today we take a look at some of these players and ask why Italian clubs are turning to the Premier League market.

From the Premier League to Serie A

Maitland-Niles and Tuanzebe: the last to take the plunge

Ainsley Maitland-Niles and Axel Tuanzebe became the latest Premier League players to move to Serie A in recent years when they completed loan transfers last week to Roma and Napoli respectively.

To be more specific, the latest ‘Big Six’ players to be sent back to Italy after falling down the pecking order – in the case of Tuanzebe after falling out of favor on another loan spell at Aston Villa due to the reluctance of Steven Gerrard to select a Manchester United player (according to the player’s agent).

Both Milan clubs, AC and Inter, have looked to the Premier League for recruits – Chelsea and Manchester United to be exact. AC signed both Fikayo Tomori and Olivier Giroud from the Blues last year while Inter, under Antonio Conte at the time, raided Old Trafford for any deadwood they could find – Ashley Young, Matteo Darmian, Alexis Sanchez and Romelu Lukaku. If they look again, they will find many more.

Juventus have been less open to buying Britons with Aaron Ramsey, their only Premier League signing of late, and he was seen as a coup when he arrived on a free transfer. Not anymore – he’s been described as an ‘outgoing player’, not in a social sense, by gaffer Massimiliano Allegri and is set to leave shortly.

In these strange and surreal days of Brexit, Italy has quickly become the most reliable importer of English football merchandise.

No one, however, has been a better business partner than Roma, with no less than 12 Premier League players moving to the Eternal City since 2015.

Also add Jose Mourinho – sacked by three of the ‘Big Six’ in this spell and persona non grata in English football now, but someone from Roma jumped at the chance to land last summer.

Players fall like dominoes – starting with Szczęsny, followed by Salah

The first domino to fall was Wojciech Szczęsny – the Polish stopper joined Roma on a season-long loan from Arsenal following Petr Cech’s arrival at Emirates Stadium. This would be extended for a second year before Szczęsny moved to Juventus, reuniting with his old friend Ramsey and somehow being seen as a worthy successor to Gianluigi Buffon.

In 2016, Roma strengthened their options up top, with the signings of Edin Džeko and Mo Salah from Manchester City and Chelsea respectively. Both players had enjoyed contrasting spells in England, with Džeko integral to City’s early successes and Salah barely a part of Chelsea.

With a travel itinerary now established, fellow citizen Aleksander Kolarov and Tottenham Hotspur defender Federico Fazio were the next to take refuge in Rome in 2017 – in Kolarov’s case, after playing for the second time for long-distance rivals Lazio ahead of their move to Manchester.

2018 saw a now rare breakout year of British buying for the Giallorossi but that would more than make up for it in the next two years, as once again the Premier League’s damaged goods section was their favorite alley.

Loans would be the preferred deal in the summer of 2019 – Chris ‘Mike’ Smalling swapping the Trafford Center for the Trevi Fountain, and David Zappacosta (Chelsea) and Henrikh Mkhitaryan (Arsenal) simply swapping one capital for another.

Mkhitaryan, of course, was part of arguably the worst swap deal in history for Alexis Sanchez in January 2018 – both men were exiled to Serie A at the same time.

The Armenian captain would fare better in Rome, where, like his former United colleague Smalling, a career renaissance has been experienced. This led to both of their moves being made permanent the following summer.

Any chance of a similar story for Zappacosta ended when he suffered an ACL injury just nine games after returning to his homeland.

Flights from London to Rome are becoming even more popular

His return to sender in 2020 turned into something of an exchange of gifts, when Pedro, also from Chelsea, moved to Roma on a free transfer.

That fast-growing annual tradition has continued this season, as alongside Mourinho, Tammy Abraham, still from West London, and Portugal number one Rui Patricio have traversed this well-trodden track. Now they have been joined by Maitland-Niles.

On the other hand, Roma lost several big Premier League stars including Salah and Allison to Liverpool.

A sign of the times and the decline of Serie A

It’s a situation now where Serie A is losing its best players to the Premier League and reclaiming their remnants in return – a world a far cry from the golden days of Italian football when it was recognized as the best league in the world and the flat -shape on which the best have tested themselves.

A prime example of this would be the ‘original’ Ronaldo who moved from Barcelona to Inter in 1997. A slight outlier is the modern Ronaldo, but even then Juventus nearly emptied the bank to allow him no gain on the European scene.

Does anyone think Erling Haaland would consider a move to Italy this summer when he is likely to leave Borussia Dortmund? Concrete example.

But how did it happen and why did Serie A become the scrap metal of English football?

The growing financial disparity in European football is an easy place to start.

Except perhaps Juventus, no Italian club can compete with transfer fees and salaries in the modern market. Napoli lost Lorenzo Insigne, their star player and skipper, to MLS and Toronto FC for this rather depressing reason.

The league declined accordingly, going from the best of the continent to a battle for third place with the Bundesliga. Italian clubs have appeared in just two European Cup finals since Mourinho’s success at Inter in 2010-15 and 2017, with Juventus losing to Spanish opponents each time.

Inter’s appearance in the 2020 Europa League final was the league’s first this century in Europe’s second-biggest competition. Before that, the trophy reflected a domestic cup, with 13 finalists and four Italian finalists in the years 1988 to 1999.

This makes the national team’s success at EURO 2020 all the more impressive. That he came against England at Wembley was the icing on the cake.

For players whose careers have seemingly reached the end of the Premier League game, Italy represents a safe haven for a host of reasons.

The first is their ability to win – while Italian clubs may not be able to compete for the best, a recently introduced tax exemption on the first 50% of foreign players’ wages is a red herring for Premier players League, who can continue to earn comparable money in Serie A.

This rule made its debut in football when David Beckham moved from Manchester United to Real Madrid in 2003, subsequently called the “Beckham Law”.

The lower quality, as well as the slower pace, of Serie A also makes it an attractive proposition for players, both those nearing the end of their careers or those who lack the standard required for Premier League football. .

Italy has become a retirement home for stars, with Franck Ribéry and Zlatan Ibrahimović playing into their late thirties, and in Zlatan’s case into his 40s, and at a good level. It has been said that Italians have great respect for their elders, and this continued in football.

And let’s face it, the food, the weather, the wine – it’s not exactly the worst place to get your feet up.

Another year is upon us, and there are few certainties left in life except death, taxes and Premier League rejections that present themselves on Italian shores.