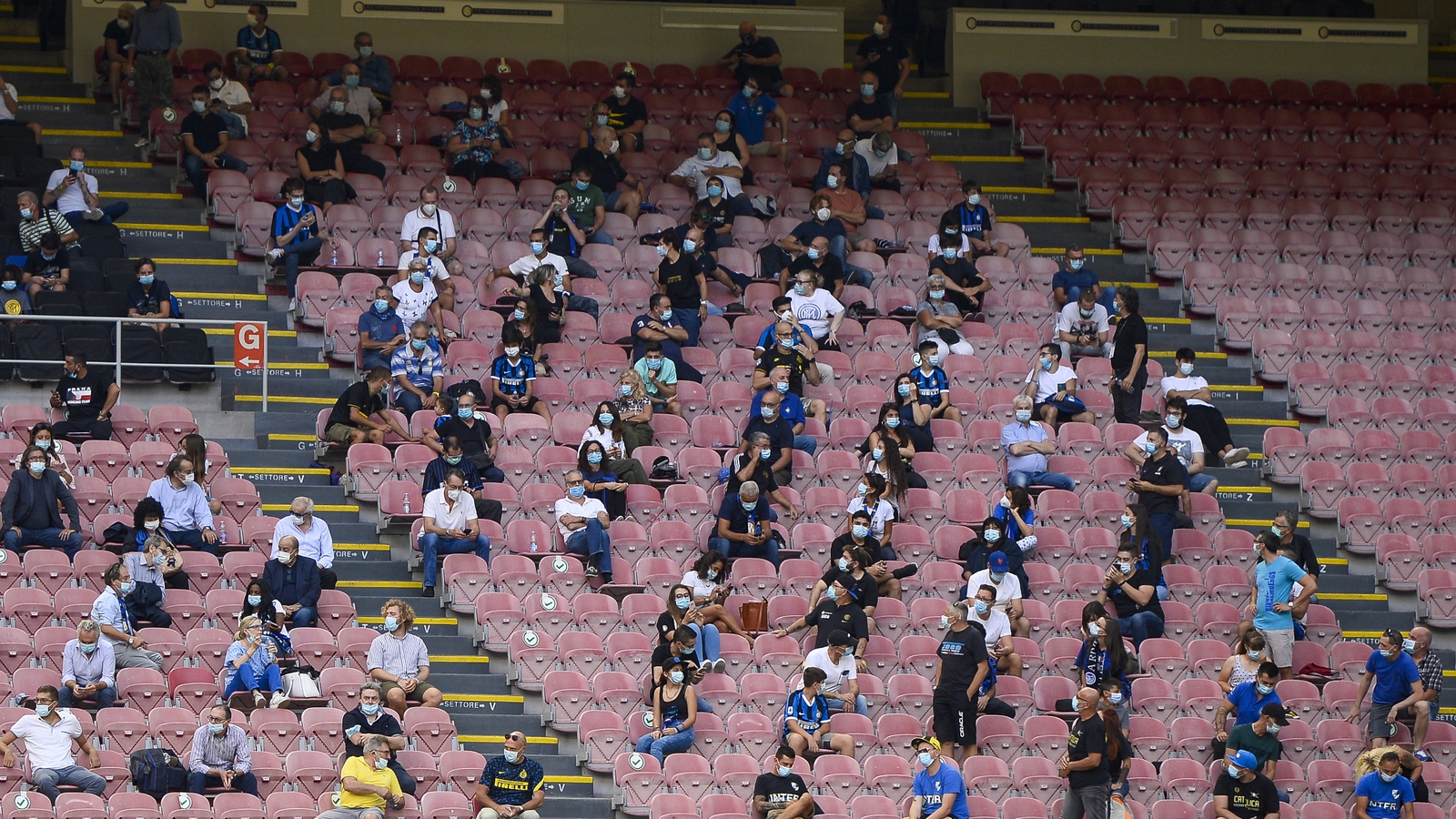 The presidents of the Italian Football Federation and Serie A have welcomed the decision to allow crowds vaccinated up to 50% of their capacity in stadiums.

The Italian government changed the rules to allow a “checkerboard” seating pattern in stadiums, with one free seat between each spectator in each row.

Previously, regulations allowed a crowd of 50% but imposed a distance of one meter between supporters, which logistically meant that most stadiums could only be filled to around 30% of their capacity.

Only ‘Green Pass’ holders, who are vaccinated against Covid-19, will be allowed to attend matches, while the maximum capacity allowed at indoor sports venues has been increased from 25 to 35%.

“Today’s measure is a first step towards achieving our goal of having full stadiums again as soon as possible,” said Serie A president Paolo Dal Pino.

Large crowds have not been allowed to enter stadiums in Italy since the pandemic first struck in early 2020, and many clubs have suffered financially from the loss of income that followed.

The move comes a week after the Federation called on the Italian government to introduce measures to improve economic prospects which it says endanger the survival of football as a business, including allowing all crowds to return. in stadiums.

“The decision represents an important and concrete sign of confidence in the world of football,” said Federation President Gabriele Gravina.

The Serie A season kicks off on August 21 when champions Inter Milan host Genoa.

Get 2 for 1 on Sky Sports Football and Premier League