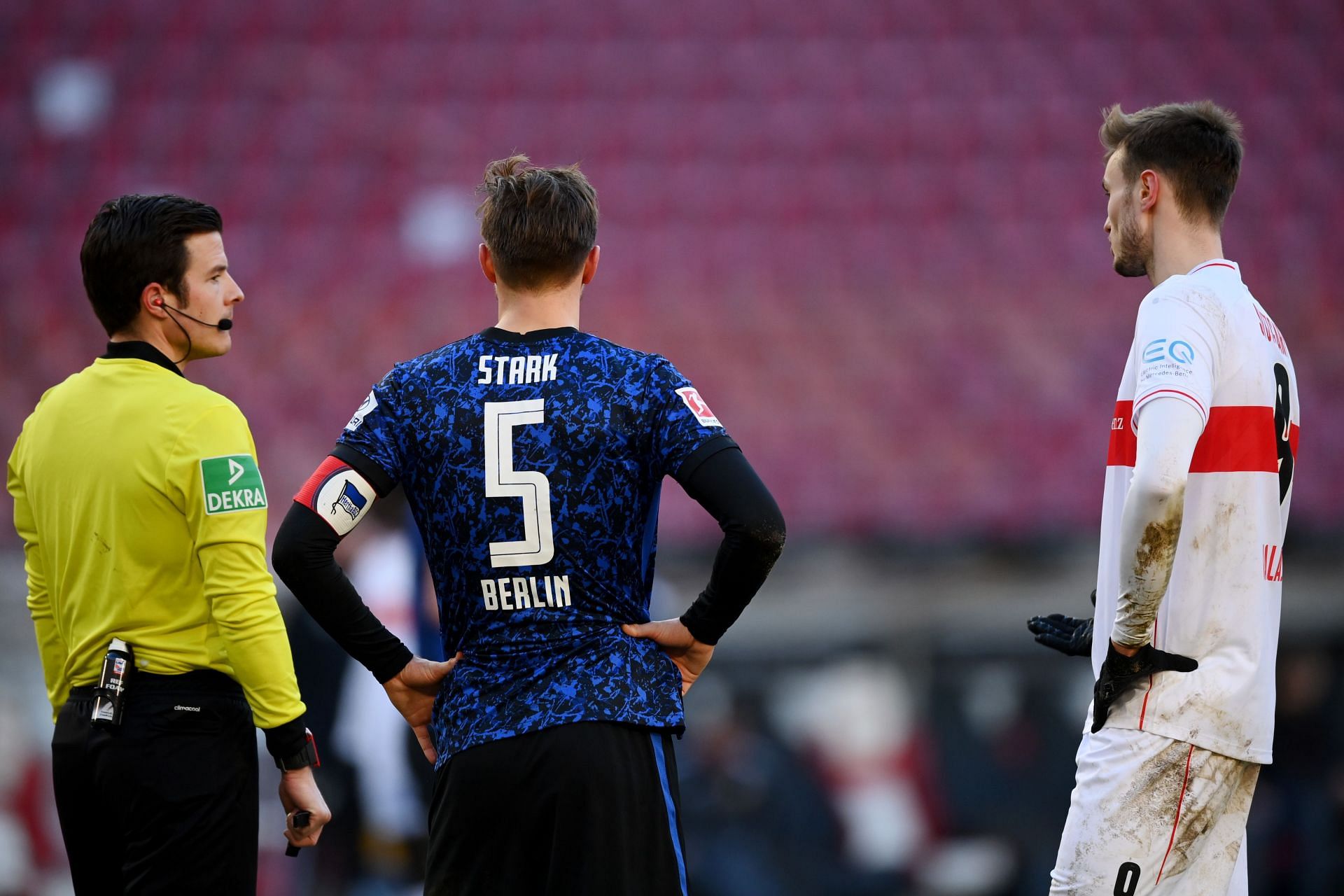 On Sunday, two teams looking to move away from the relegation zone clash as Stuttgart host Hertha Berlin at the Mercedes Benz Arena.

The hosts jump into the game after ending their six-game winless streak. Meanwhile, the visitors haven’t tasted victory in each of their last four Bundesliga games.

Stuttgart saw their winless streak come to an end last Friday with a hard-won 2-1 victory over Mainz.

Prior to that, Pellegrino Matarazzo’s side were on a four-game losing streak in all competitions and hadn’t won any of their last six games.

The result saw Stuttgart overtake Augsburg to climb just above the relegation zone and to 15th place in the Bundesliga table.

Hertha Berlin, on the other hand, failed to find their way back to victory the last time they were held to a 1-1 draw by a resilient Augsburg side.

Tayfun Korkut’s side are now winless in each of their last four games, losing twice and drawing two since a 3-1 win over Preußen Münster in DFB Pokal.

The drop in form saw Hertha Berlin drop to 14th place in the table, two points behind Bochum and just one above the visitors on Sunday.

Hertha Berlin have a slightly higher record in match history, scoring 14 wins in their 38 previous encounters. Stuttgart had two fewer wins, while 12 games ended in draws.

Sasa Kalajdzic, Marc-Oliver Kempf, Atakan Karazor, Erik Thommy, Naouirou Ahamada, Enzo Millot, Sasa Kalajdzic and Mohamed Sankoh are all currently injured and will not play a role in the match.

The visitors, meanwhile, will have to do without Lukas Klünter, Vladimir Darida and Rune Jarstein, who are currently treating injuries.

Both teams have failed to move forward this season and find themselves languishing on the wrong side of the board after 13 games.

Stuttgart had a morale-boosting victory last time around, but we’re expecting a share of the loot in this one.