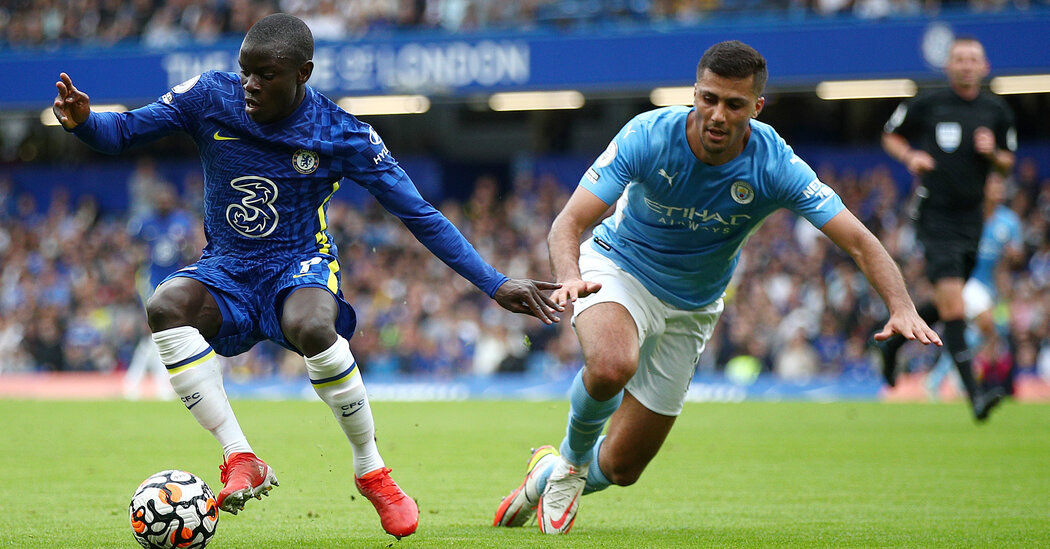 Concerned that a significant number of its players are unvaccinated, the Premier League, England’s top football league, is offering its 20 clubs an unspecified ‘reward’ for having vaccinated more of their rosters.

The proposal was spelled out in a letter sent to teams last week, which said only seven of 20 teams had more than half of their players fully vaccinated. The figure has alarmed officials at a league that includes players from around the world who regularly cross national borders for competitions.

“It is increasingly clear that full vaccination will be the key criteria for government and health authorities, in terms of international travel and potential Covid certification at large-scale events,” the letter said.

The efforts of the Premier League, the world’s most popular national soccer league, to push for greater vaccine use reflect challenges facing other sports leagues, including the National Basketball Association in the United States. . The NBA players union has strongly opposed mandatory vaccinations and unvaccinated players are required to undergo daily tests.

The Premier League letter did not state what kind of reward teams with high vaccination rates could expect. Officials briefed on the matter said the rewards would likely be a relaxation of the strict coronavirus protocols in place since the league resumed play last year after being suspended due to the pandemic.

“We are looking at whether and how we can best ‘reward’ the most Covid compliant teams / players,” the league told the clubs.

Many Premier League players also compete in national teams, with the next round of matches starting in October. Some clubs in the league have refused to release players selected by South America’s national teams, despite threats of sanctions from the sport’s governing body, over fears that when the players return to Britain they will would be subject to quarantine, as are other travelers when arriving from this continent.

Premier League teams are tested regularly and cases of the coronavirus have continued to occur. N’Golo Kante, a star Chelsea midfielder who is also part of the France national team, tested positive for the virus this week, preventing him from playing Chelsea’s Champions League game with Juventus, an Italian team on Wednesday, as well as an upcoming league match in Great Britain and a French national team match next week.

Chelsea club coach Thomas Tuchel told reporters on Tuesday he did not know how many players in his squad were vaccinated.

â€œWe are a reflection of society, the players are adults and they have free choice,â€ he said, adding: â€œI know the situation is far from over. It makes you very aware that it is not over yet.