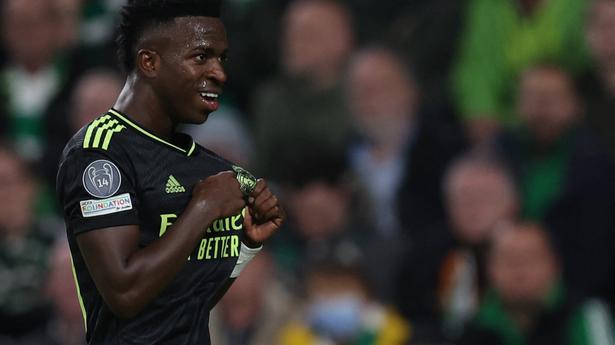 Real Madrid cruised to a 3-0 win over Celtic in their Champions League Group F opener on Tuesday but it came at a cost as they lost striker Karim Benzema to a knee injury in the first half.

Celtic had an impressive start, creating several chances in front of their home fans, but they couldn’t find that killer instinct in front of goal.

Real, however, were clinical despite Benzema’s injury and killed the game by scoring three goals on their only three shots on target in the second half.

First it was Vinicius Jr who struck home a close-range finish off a Federico Valverde cross in the 56th minute.

Four minutes later, Luka Modric extended the lead with a shot from inside the box and substitute Eden Hazard wrapped up the points in the 77th minute with a simple close finish from a fine assist from Dani Carvajal.

AC Milan midfielder Alexis Saelemaekers handed the Serie A champions a 1-1 draw against Austrian side Salzburg in their Champions League group stage opener on Tuesday.

Alejandro Grimaldo scored a stunning long-range goal as Benfica cruised to a 2-0 win over Maccabi Haifa in their Champions League Group H opener at Estadio da Luz on Tuesday.