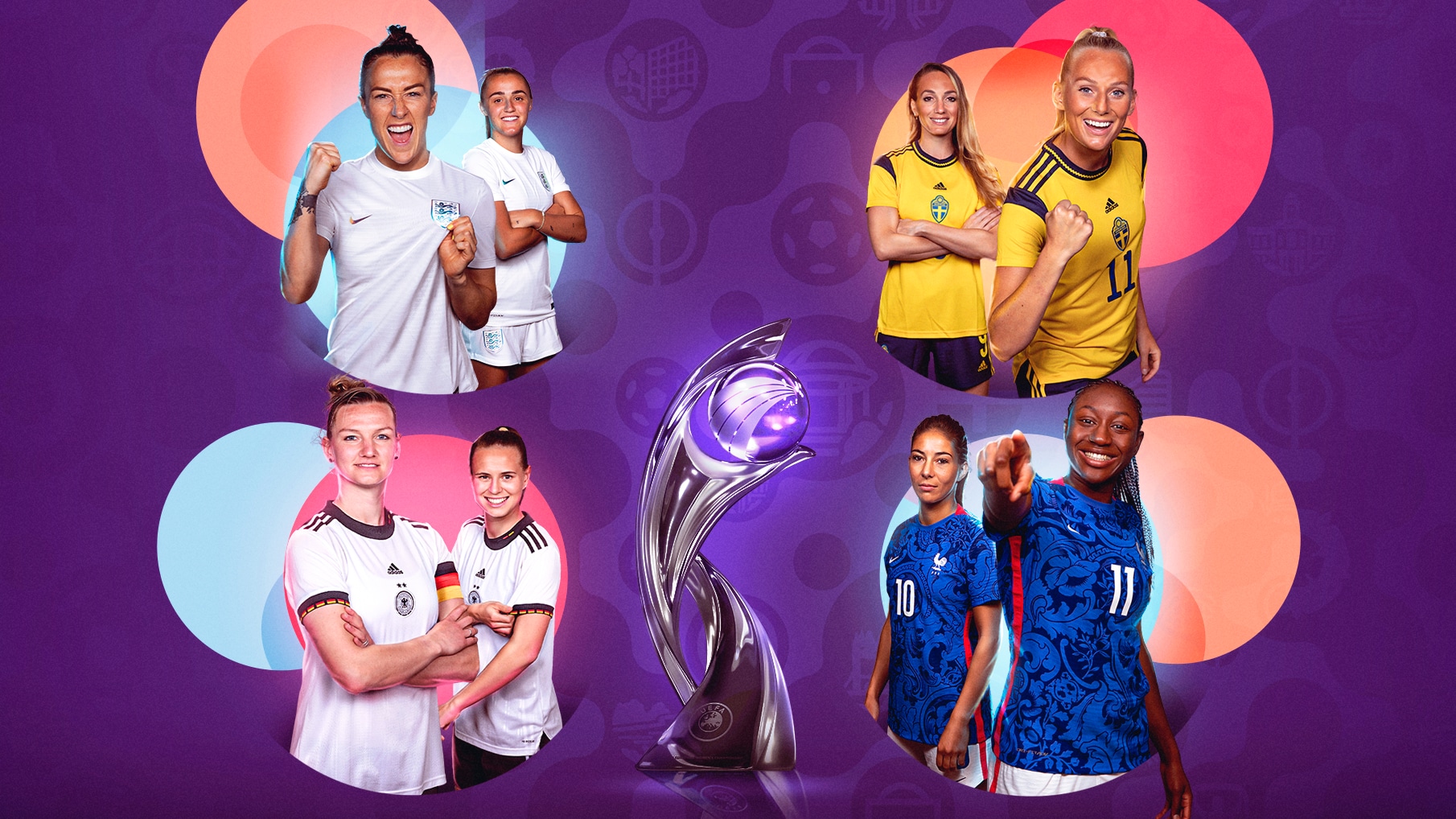 The UEFA Women’s EURO 2022 semi-finals will kick off with hosts England taking on Sweden on Tuesday 26 July, before Germany take on France 24 hours later.

All UK kick off times, CET 1 hour ahead

England’s bid to become the fifth team to win the UEFA Women’s EURO title continues against 1984 champions Sweden. The Lionesses came under severe scrutiny against Spain in the last eight and Sweden, looking to do better after 2019 FIFA Women’s World Cup bronze and 2021 Olympic silver, will surely provide another.

France’s long-awaited debut in the last four will face a surging German side up to this stage for a record tenth time. Remarkably, on eight of the previous nine occasions Die Nationalelf have reached the semi-finals, they went on to lift the trophy and they will line up in Milton Keynes having won four of four so far, without conceding.

The 13th UEFA Women’s EURO final will take place at Wembley Stadium, London on Sunday 31 July and kick off at 17:00 local time. The winners of the first semi-final between England and Sweden will be the nominal home side.