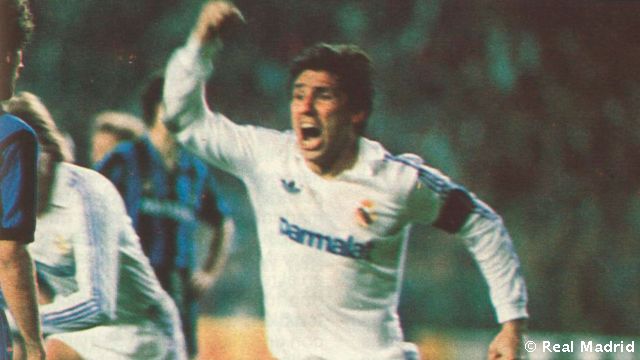 Today marks the 36th anniversary of one of real Madridthe greatest European comebacks of all time. On April 16, 1986, the Santiago Bernabeu hosted Inter Milan for the second leg UEFA Cup semi-final, after the Whites lost the first leg 3-1. The madridistas had to turn things around to defend their trophy won the previous year and the Bernabéu once again played its part in inspiring the team.

The hosts got closer in the encounter when Hugo Know converted a penalty to make it 1-0 at halftime. Madrid then doubled their lead in the 64th with a header from Gordillo. However, the joy of the premises did not last long as Brady withdrew a goal from the penalty spot (2-1). Hugo Sanchez then scored another spot kick to bring it level again in the 74and minutes (3-1). The clash then went into overtime as Santillana took center stage by scoring twice, the first from a header from a corner (93rd) and the second from a finished counter-attack (108th).

The club’s second UEFA Cup
This is the second consecutive year that real Madrid had eliminated Inter Milan in the semi-finals at the Bernabéu after coming from behind. The team did so in the previous campaign, winning 3-0 after a 2-0 first leg loss. In the 1986 competition, the madridistas landed their second UEFA Cup after defeating FC Cologne in the second leg final (5-1 at the Bernabéu; 2-0 in Germany).