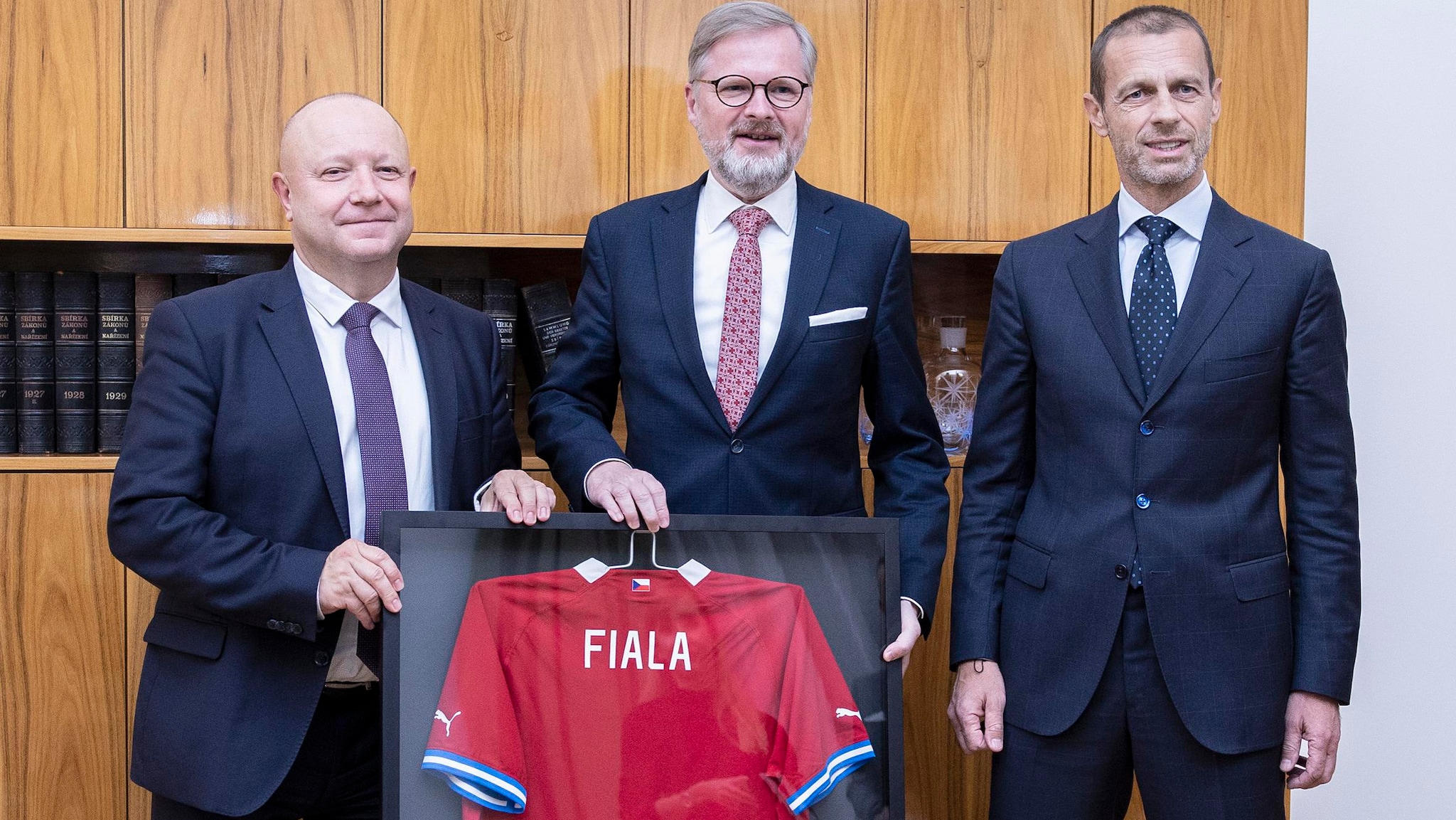 Mr Čeferin visited the FAČR headquarters in Strahov on Wednesday to thank the association for its strong support in opposing a so-called “Super League”, as well as to discuss the UEFA Conference final League of this season, which will take place at the city’s Eden Arena.

The FAČR, alongside the other UEFA member national associations, is a strong supporter of the European sporting model, which is based on open competition, sporting merit and the crucial link between grassroots football and elite games.

The European model ensures that revenues from professional competitions are reinvested in the development of football, as evidenced by the fact that 97% of UEFA’s revenues are directly reinvested in sport.

“It was a very pleasant meeting. We talked about Czech and international football, and we also agreed that the European sporting model is the only way forward. I was very happy to hear that the Prime Minister is interested in Czech football and football in general After all, football is more than just a competition.

“I am grateful to the Czech government for its clear position in defense of European football, but also Czech football. I would like to thank the Czech Prime Minister for his clear position, as well as President Fousek and the entire Czech association.”

“The Czech Republic has supported UEFA in the aforementioned dispute, and this is because the current model is functional not only from an economic point of view, but mainly from a sporting and social point of view. The proposed change would mean less support for fans and youth football teams.

“The resulting solidarity and support for young people, guaranteed by the current model, is absolutely essential for football and sport in general and is a fundamental prerequisite for nurturing talent and supporting the sporting activities of children and young people. .”

The Czech Republic holds the EU Presidency from July to December this year and, following their meeting at the Prime Minister’s office, Mr Fiala also confirmed that Mr Čeferin would be invited to a conference of sports ministers in Brussels next week.