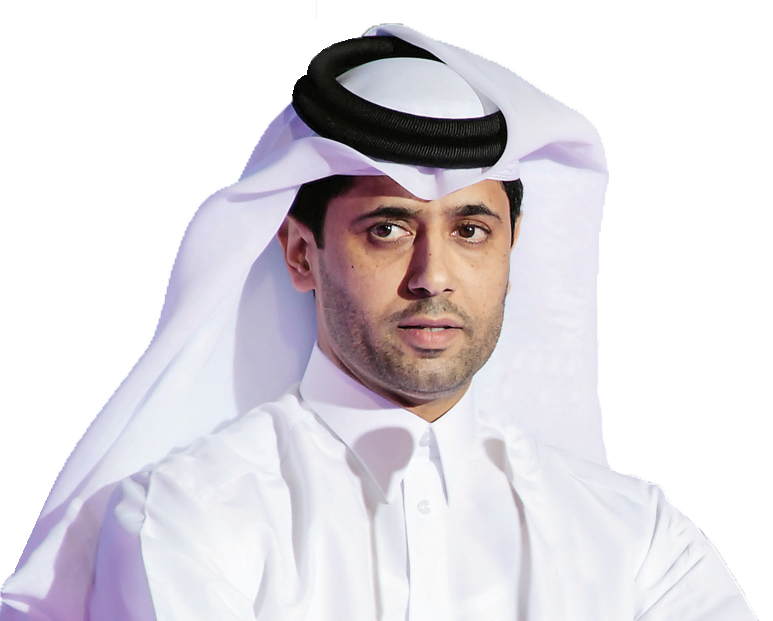 Nyon: Nasser Al Khelaifi, President of the European Club Association (ECA) and President of Paris Saint-Germain (PSG) launched a message of unity at the last UEFA Convention on the future of European football .

Al Khelaifi, currently serving his second term on the UEFA Executive Committee, reaffirmed UEFA’s vision of working together as “one family” to ensure more open and inclusive European football competitions in the future.

“Since we last met, ECA has contributed greatly to the stability, unity and growth of European football. It is easy to forget how far we have come,” said Al Khelaifi.

“We represent nearly 250 clubs – small, medium and large – and the collective unity of our clubs could not be broken. Today we are stronger than ever. We are one family, and that helps us find solutions to all the challenges we face.

Al Khelaifi repeatedly rejected PSG’s invitations to join the European Super League when they launched a controversial game in April last year. ESL plans were scrapped after just 24 hours later due to huge backlash from the European football community, although A22 Sports Management, the company behind the breakaway concept, recently attempted to relaunch the plans that went off the rails.

“The future of European football must take into account the interests of all stakeholders,” he added. “All the leagues, all the clubs, the national associations, the supporters and all the communities that need our help. We especially need to think more about the fans,” said Al Khelaifi.

“Football is a link between clubs and players, between players and fans, between fans and communities. It is an invisible spirit that can never be broken, and the ECA will ensure that it never is. Nor do we need to tear things down to reform. We can achieve big positive changes within the system – UEFA and ECA have already shown this last year,” he added.

Meanwhile, UEFA and ECA have launched a joint venture which has already created huge business opportunities in France, the UK, the US and the Netherlands, underlining the current growth of European football.

The UEFA Europa League and UEFA Europa Conference League also continue to grow in popularity, with an agreement in place – offered by the ECA – for the introduction of new competition formats after 2024.

In his address, which drew rapturous applause from delegates to the UEFA Convention, Al Khelaifi dismissed the idea that the current Champions League format does not live up to fans’ expectations.

“We hear that the Champions League is not exciting enough and European football is completely broken,” Al Khelaifi continued.

“But they keep playing in tournaments, I don’t understand. We hear that the Champions League is not competitive enough. But many top clubs failed to qualify from the group stages. It could have been my team – it’s football. No club has the divine right to win.

He concluded: “I’m not saying that everything is perfect. But at ECA we are proud of how we have brought European football together since we last met. We must never rest. This is just the beginning – there is so much more to do, in partnership with all stakeholders.”

TV channel, how and where to watch or live stream Serie A 2022-2023 for free in your country