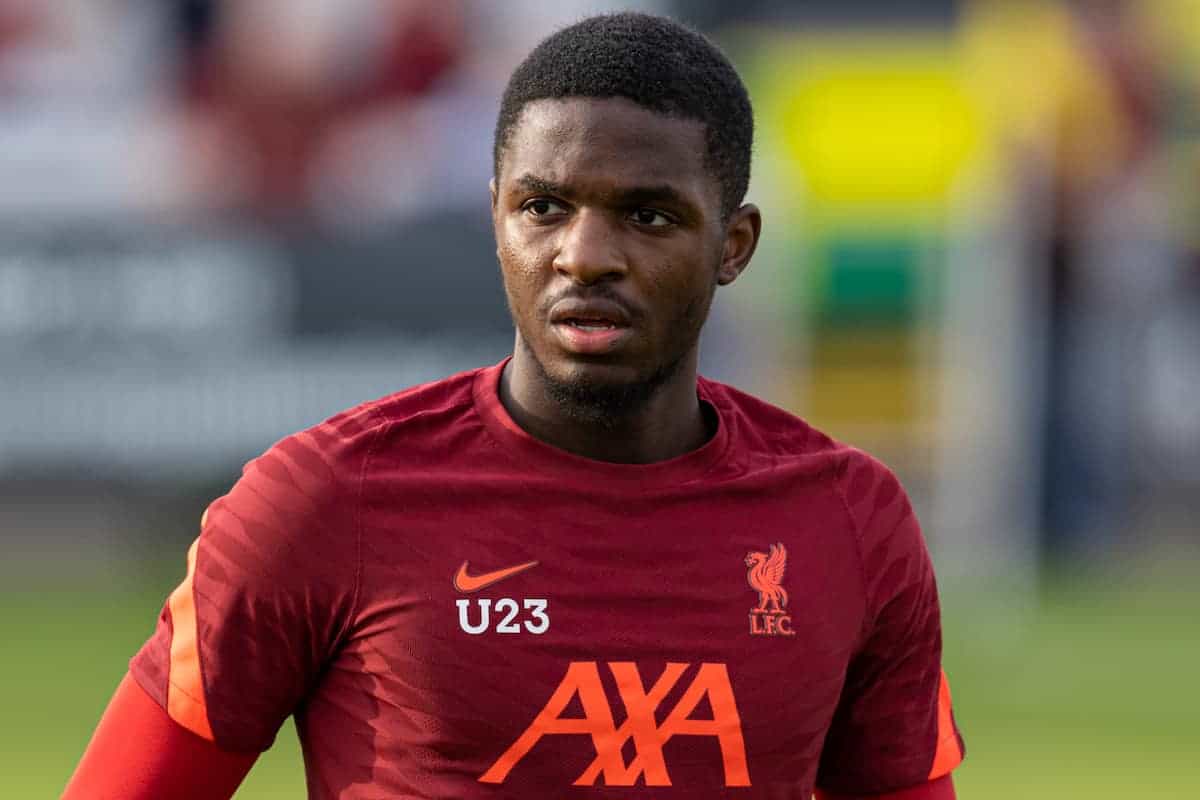 Liverpool centre-back Billy Koumetio has left the club on loan, with the young Frenchman joining FK Austria Wien in the Austrian Bundesliga for 2022/23.

More than two years ago now, Koumetio first caught the attention of Jurgen Klopp, so much so that, then aged just 17, he was called up for pre-season with the first team in 2020.

He’s been named to the squad six times this campaign and came off the bench on his senior Champions League debut, but fell back to the Under-23s for most of last season.

A 45-minute performance against Leicester in the League Cup quarter-final highlighted Koumetio as a work in progress, it’s clear he would need to improve to establish himself as a first-team option.

The 19-year-old has now had the opportunity to do so as a regular starter at the highest level, joining FK Austria Wien on a season-long loan.

It could be a profitable move for Koumetio, who will be looking to cement himself as a starter in Vienna.

They are managed by former player Manfred Schmid, who took over from Peter Stoger in 2021.