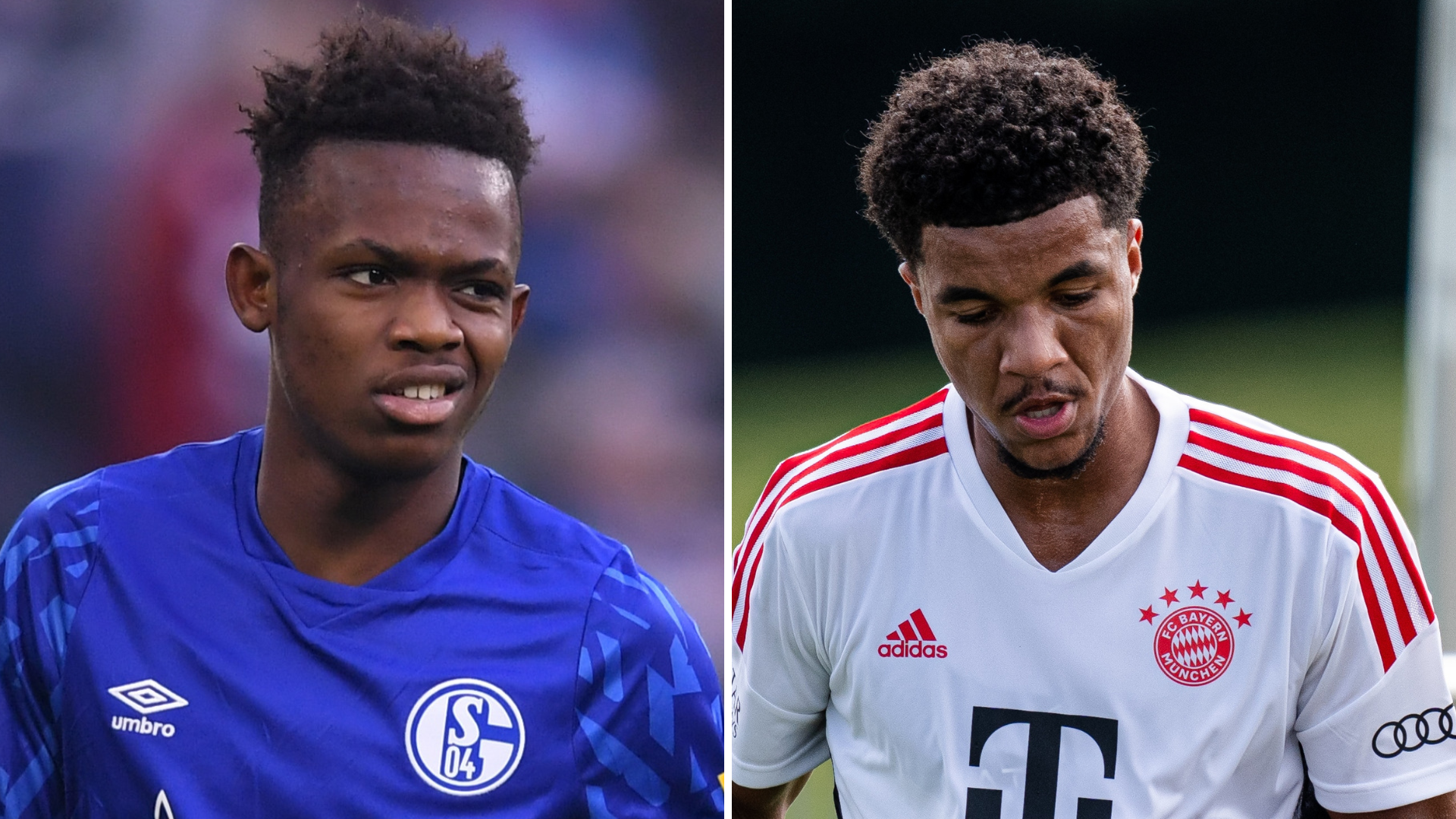 A Bundesliga pundit has issued a warning to Rangers over two of their latest transfer targets, Rabbi Matondo and Malik Tillman.

Schalke winger Matondo is believed to be close to completing his move to Ibrox, while reports from the past 24 hours claim the Light Blues have shown an interest in Bayern Munich midfielder Tillman .

Derek Rae, an expat Scotsman who commentates on German football, has lifted the lid on what Gers fans could expect to see if both players move to Glasgow.

Rae insists both players have plenty of potential, but they won’t arrive in Scotland anywhere near the finished article and will need patience and guidance.

In Matondo, 21, Rangers could get their hands on a ‘lightning’ paced player to scare off defenders.

Rae told Daily Record: “Matondo is interesting because when he first signed with Schalke everyone noticed his blistering pace. That was his most outstanding attribute above all else. But at the same time , it was clear that he had some learning to do in terms of knowledge of the game and perhaps also on a technical level.

“Matondo is a player with some potential – there’s a lot of rounding to do – but you can see why he would be of interest to Rangers. I’m sure Gio van Bronckhorst looked at him and said to himself: ‘This is a player that we could refine a bit in the years to come”.

He added: “Obviously I saw the reports this morning and it’s certainly interesting to see Rangers linked with young emerging Bundesliga talent. But to be honest, both of these players still have a lot to prove.”

As for the 20-year-old Tillman, Rae explained how the player is still finding his bearings in the professional game and hasn’t really refined his natural position yet.

After rising through the ranks as a striker, he’s become a more attacking number ten of late.

The United States international was also held back by a nasty injury sustained in October 2020.

Rae explained: “When he was in the Bayern account it was as a reserve striker for Lewandowski, but I’m not sure people really know what Tillman’s best position is. He is more of a playmaker than a traditional centre-forward or pure finisher. And I think he would say it himself.

“He suffered a serious brace injury in October 2020, playing for Bayern reserves in the Third Division. So last season was a comeback season.

“Bayern’s reserves were relegated to the fourth division and he was bouncing back there, but he also found himself in the first team from time to time.

“But there is a lot of uncertainty about how Bayern will organize themselves next season. Lewandowski still looks set to leave, but he is due to return to training this week.

“Sadio Mane has joined Liverpool, another striker will come if Lewandowski leaves and they already have some really good attacking talent like Leroy Sane, Serge Gnabry and Kinglsey Coman.

“So where does that leave someone like Tillman? It’s almost decisive for him, so you can understand if he has itchy feet and maybe thinks he needs to play every week at a reasonable level.

“There is no doubt that he is a talented young man and that talent was recognized by the German Under-21s for whom he was quite an important player. If he was at another club in the Bundesliga he would be maybe more on the fringes of the first team, but at Bayern it’s so hard to break through, so you can see why Rangers would identify him as a player who can help them and who they could potentially reward.

Tillman’s personality is shy and reserved with Rae recalling how Bayern boss Julian Nagelsmann actually pointed out in a press conference how “introverted” the former Germany youth international can be.

How he adapts and fits in could determine whether he sinks or swims in Glasgow football’s goldfish bowl.

Rae said: “Nagelsmann is a guy who chooses his words carefully. He made a point of saying that Tillman is an introverted guy. He wanted him to become more outgoing and more of a leader. That was an interesting thing for the manager to say.

“What I know is that here in the United States there’s a lot of excitement that he’s entrusted his international future to them because that’s something he said during a time he wasn’t going to. He had played for the Germany Under-21s and pledged his future to the German national team. But obviously the lure of playing at the World Cup this year helped him change his mind, as well as the fact that, let’s face it, it’s easier to get into the USA team than the Germany team.

Some absolute beasts reside in the Italian league