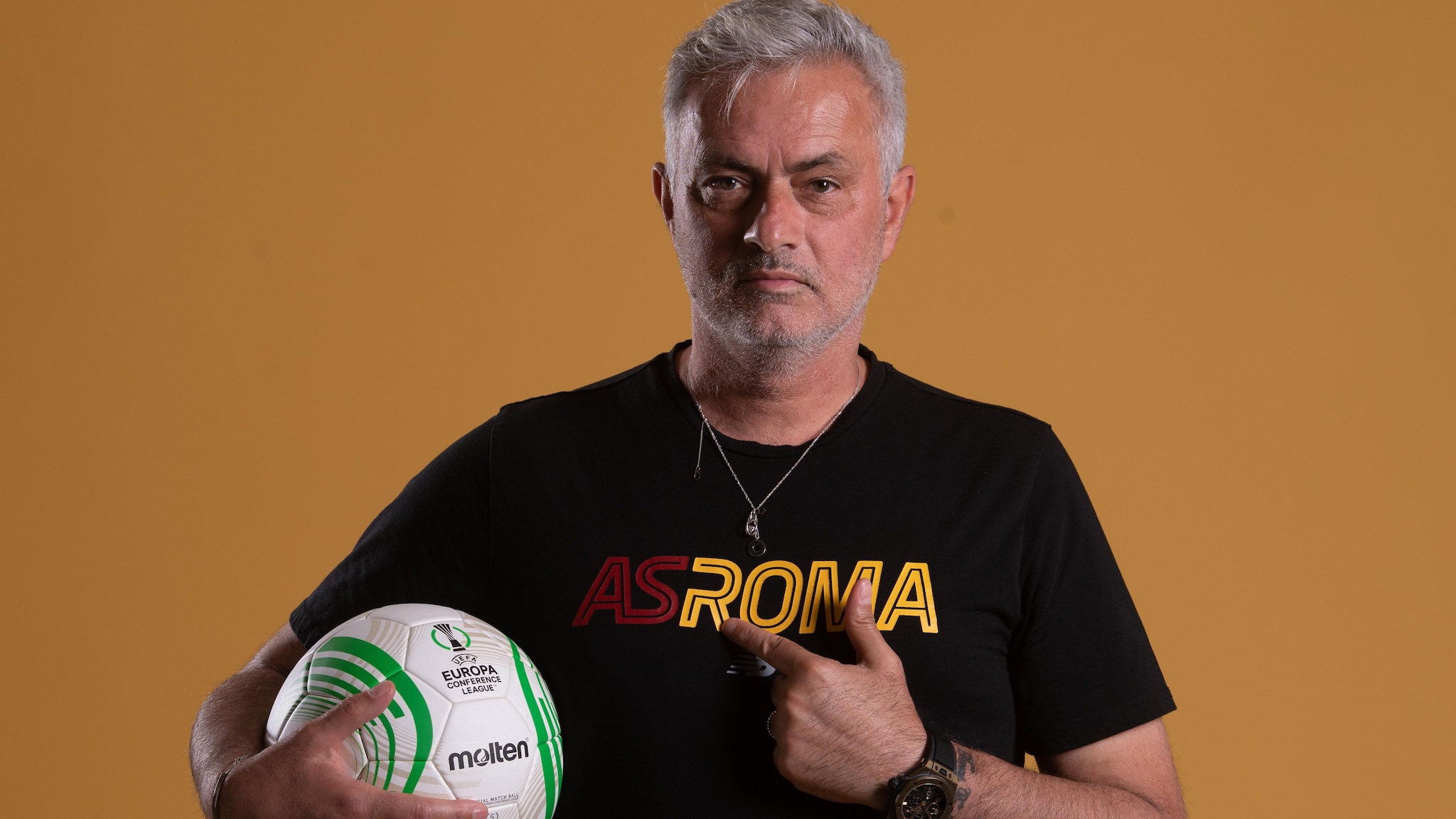 At 59, José Mourinho has won nearly everything in club football, and he can complete a string of current UEFA club trophies if his Roma side beat Feyenoord in the first Europa Conference League final in Tirana on May 25.

Mourinho is yet to lose in a major European final and, as he tells UEFA.com, his hunger for success remains as strong as ever.

On the latest Feyenoord opponents

They had 14 games like us and defeated tough opponents. [For example], the semi-final with Marseille – a team that has European history and the Vélodrome, which is one of the most fascinating and difficult places to play as an opponent. You can only give them credit.

The finals are 50-50, but we’ll do our best to make it 51-49. It must be during the game, not before. The work that preceded the final over several months is the basis of these 90 or 120 minutes. It is [the players’] daytime; we are just here to give a little help. I’ve been lucky so far [in winning all of my European finals]: my players showed up in the finals we reached. At the moment of truth, they were always there.

Roma vs Feyenoord: The latest news

On the UEFA Europa Conference League

I am a coach with a history and Roma are a great club. I felt a little responsible for trying to do [the first edition of the tournament] great competition. So, little by little, we realized our ambition to go as far as possible. Then, very proudly, we saw that the two semi-finals were played in packed stadiums, with [a total of] 170,000 fans present.

The Conference League is our Champions League. It is the level at which we are, the competition in which we play. The club did not reach [an occasion] like that for a long time.

We have to forget [the fact that we could win our first UEFA trophy]. For me, you have to treat a final as an individual game that brings its own pressure, tension and sense of responsibility. We only have to think about the final and the opponent we face, and we will forget the history of Roma, how wonderful it would be for the city, the club and all of us if we were to win the match. .

If I go on to win four European competitions with four different clubs, I will never forget the first one, which was the [1996/97 UEFA] Cup Winners’ Cup as assistant coach to the late great Bobby Robson at Barcelona. Every time I sat next to him [in the dugout]I felt very proud.

On his continued passion for the game

It was Manchester United v Real Madrid [in the round of 16 of the 2012/13 Champions League] and, before the game, [Sir Alex Ferguson] invited me to his office, which later became my own office, and I asked him, “How is it, boss? Does it change? Does it change over the years?” He said, “Forget it. Nothing changes. It’s the same until the very last day.”

That’s why I keep saying I can’t believe I’m 59. I can’t believe I have a 21 or 22 year career as a head coach. I can’t tell you when I’m going to stop because I can’t visualize it. The passion does not change.

How much will the winners earn?