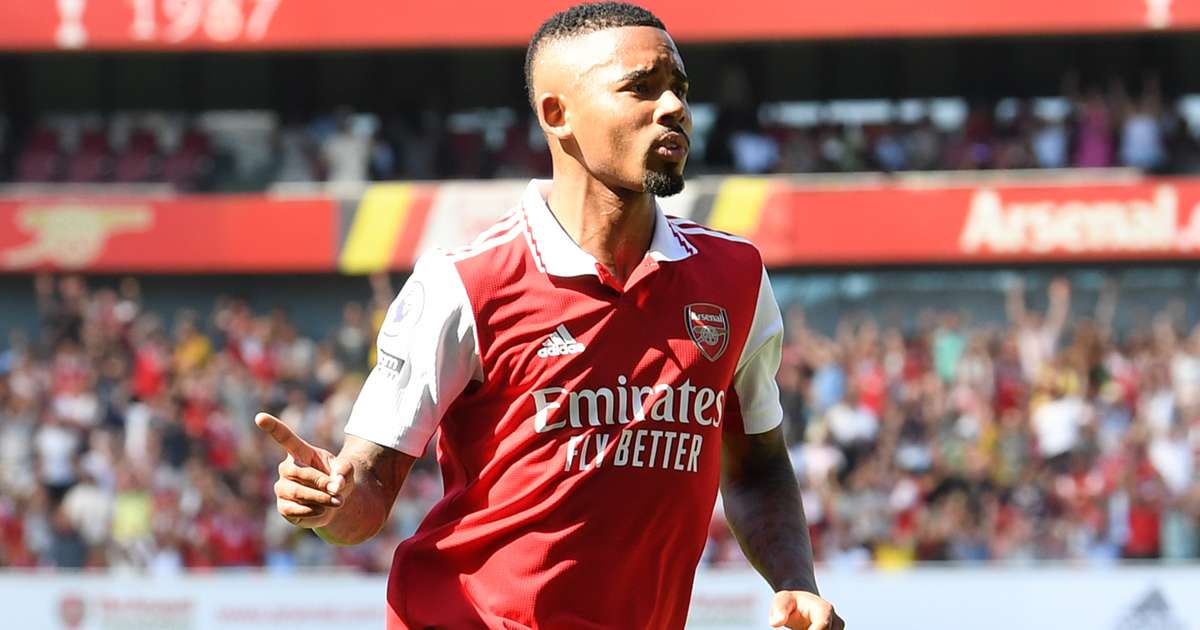 Ronaldinho backed Gabriel Jesus to show he’s one of the best players in Europe following his move to Arsenal, which he hopes to seal for a Champions League return.

The Gunners paid £45m to sign the Brazilian striker from Manchester City and Jesus quickly made his mark in last weekend’s 4-2 win over Leicester City.

Jesus’ performances helped Arsenal join City as the only Premier League side to win their first two games of the season, giving a quick boost to Mikel Arteta’s hopes of guiding the club to the top four.

Ronaldinho believes Arsenal won’t be the only ones to benefit as the legendary Brazilian believes Jesus has now been given a platform to show he is one of the best players on the continent.

“When Gabriel joined Manchester City I said he would be one of the best players in the world,” he told the Mirror.

“He showed what he was capable of when he had the chance – but he was never shown the love a player of his quality deserves at Manchester City.

“At Arsenal he was lucky to be the focal point, the manager and the fans showed him love and he is already giving it back.

“I expect great things from him this season – he will return the love for him by showing that he is not only one of the best players in the Premier League but also in Europe.”

With the signing of Jesus as well as the captures of Oleksandr Zinchenko and Fabio Vieira, Ronaldinho is confident Arsenal can at least secure a Champions League return.

“Arsenal will get back into the top four this season with the signings they’ve made – maybe they can even go above and challenge for the title,” he added.

“Manchester City look very strong and will be the favourites, but anything is possible in football.”