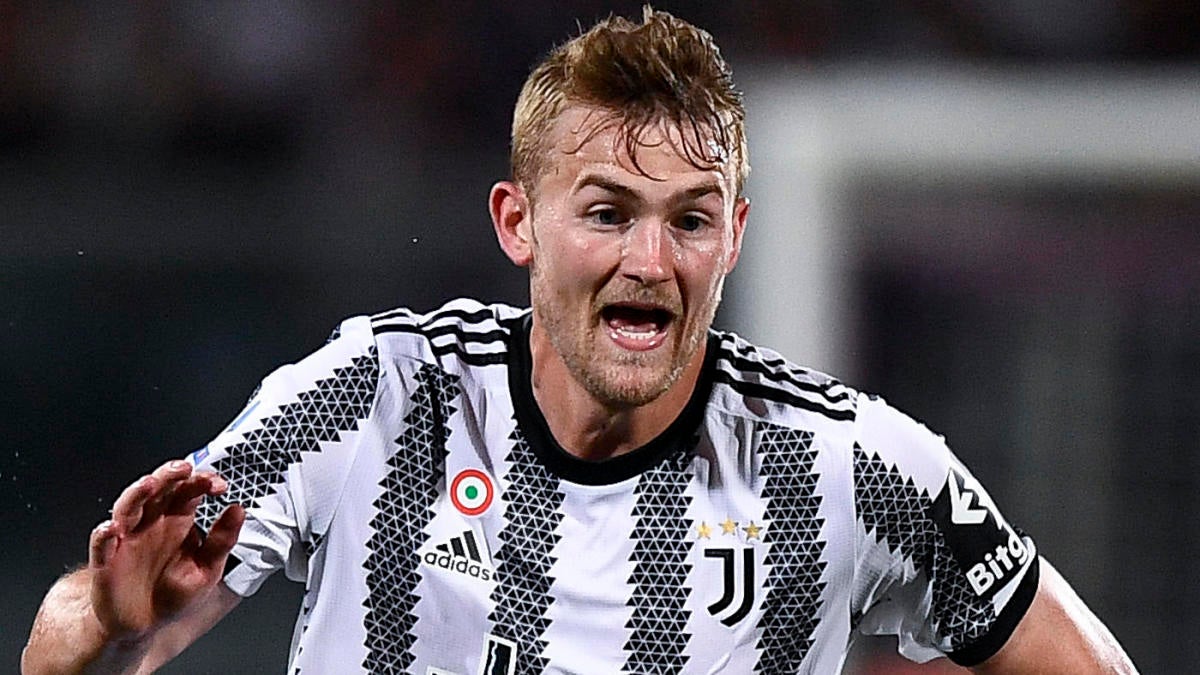 The clubs are constantly working to improve their squad, hoping to create a competitive roster before the end of the summer. Some will do a better job than others, but the beauty of the summer window is that it gives every fan a glimmer of hope that their beloved team can make the proper upgrades to succeed next season. . With that in mind, let’s put the magnifying glass on the world of Serie A transfers and break down the biggest deals involving Italian clubs.

Matthijs de Ligt is getting closer every day to leaving Juventus. Bayern Munich are now leading the race to sign the Dutch defender and talks have intensified, particularly after a meeting between each club’s sporting directors took place last week. The asking price is still high as things stand, but both sides are getting closer to closing a deal. Bayern Munich know that de Ligt intends to leave Juventus this summer and Chelsea are still in the running. The coming week could be crucial for de Ligt’s future.

Once he leaves, the club will focus on his replacement and have already started talks with agent Fali Ramadani to discuss the possible signings of centre-backs Kalidou Koulibaly from Napoli and Nikola Milenkovic from Fiorentina. Milenkovic, in particular, is also on Inter Milan’s transfer wishlist.

Paul Pogba and Angel Di Maria have finally landed in Turin and are set to take part in pre-season training next week under coach Massimiliano Allegri.

There was also another important meeting in Milan between sporting director Federico Cherubini and Nicolò Zaniolo’s agent. Zaniolo could become Juventus’ next signing since talks over a new contract at AS Roma have stalled for months.

AC Milan’s transfer plans have been accelerated following the renewal of Paolo Maldini’s contract as technical director. Divock Origi and Junior Messias signed their contracts with the club this week but now we’re waiting to see if they land a big name. Their main target is 21-year-old Belgian centre-forward Charles De Ketelaere and the club are closing in on Club Brugge’s demands. It should be noted that De Ketelaere has been linked with a move to Leeds United but is pushing to join the Italian giants. This puts Milan in pole position to sign the young talent for around €30m.

AC Milan are also working on the loan of Hakim Ziyech from Chelsea and Renato Sanches, with the Portuguese being on the transfer wishlist of Paris Saint-Germain sporting director Luis Campos, who has worked with him in the past.

Romelu Lukaku has arrived at Inter Milan’s training center to start pre-season camp alongside Lautaro Martinez and other new signings. Meanwhile, behind the scenes, Inter Milan are working on some departures, particularly Milan Skriniar, who are in talks with Paris Saint-Germain. There is still some distance between Inter’s asking price of €70m and what PSG are offering, especially as his contract expires in around 12 months. If and when his move to France is complete, Inter plan to push to sign Bremer from Turin, who they have been targeting for months ahead of the summer window.

Inter are set to sign another centre-back after Andrea Ranocchia joined from AC Monza and Nikola Milenkovic from Fiorentina could be the perfect fit for this vacancy. Arturo Vidal has already arrived in Brazil and is set to move to Flamengo, while his Chilean teammate Alexis Sanchez is still waiting to figure out where his future will be. Meanwhile, Paulo Dybala is also waiting to find out if Inter Milan are still interested in completing a deal. The Argentine striker has turned down several offers in a bid to wait for Inter, but if things don’t change in the next few days he might be forced to reconsider his options.

Rest of the pack

Fiorentina have signed Luka Jovic from Real Madrid on a permanent deal and also landed Pierluigi Gollini on loan from Atalanta with an option to buy included. La Viola have also agreed a deal for Shakhtar Donetsk winger Dodo for around €15m. The Brazilian is expected to undergo a medical next week to finalize the deal.

Jose Mourinho’s AS Roma are in talks to sign midfielder Davide Frattesi from Sassuolo but the deal is progressing quite slowly at the moment due to Sassuolo’s €30m asking price. The Giallorossi have also inquired about Wilfried Zaha and officially announced the signing of Mehmet Celik from Lille this week.

Lazio have agreed a five-year deal with former AC Milan captain Alessio Romagnoli as a free agent and announced the signings of Mario Gila from Real Madrid for €6m and Nicolò Casale from Hellas Verona for 7 million euros, plus add-ons. Sporting director Igli Tare now has his eyes on the goalkeeping market after Pepe Reina left the club to join Villarreal.

AC Monza is still extremely active in this market after its recent promotion. After signing European champion Matteo Pessina from Atalanta this week, the club have focused on the forward market in hopes of signing Andrea Pinamonti from Inter Milan. The clubs have reached an agreement for around €20m and now it’s up to the player to decide his future. It should be noted that Atalanta are also interested in him. Elsewhere, Sassuolo and PSG are still discussing a possible deal for Gianluca Scamacca and both sides have become confident a deal will be agreed in the near future.

Striker LETHAL could be the BEST player in the game