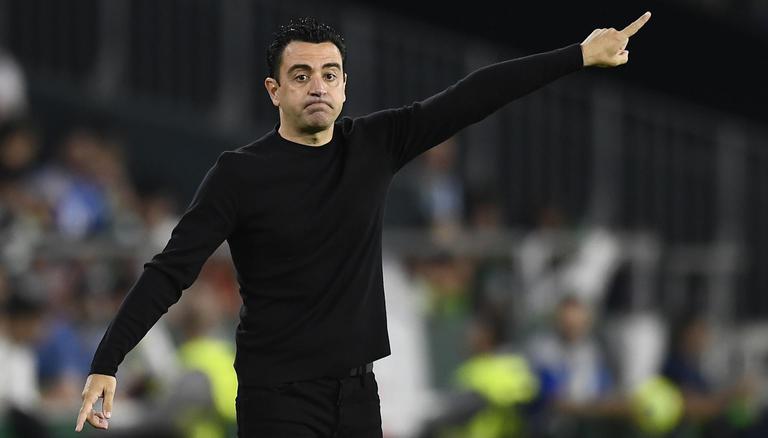 After Barcelona’s disappointing 3-3 draw with Inter Milan in the UEFA Champions League group stage on Wednesday, Catalan giants manager Xavi has been asked several questions about his future at the club. Despite the massive criticism, the Spanish manager appeared unfazed as he gave an appropriate response to his criticism by stating he would leave the club if he saw himself as the problem rather than the solution.

Speaking in his pre-match press conference ahead of the massive clash against arch-rivals Real Madrid, Barcelona manager Xavi said: “I know there is a lot pressure, lots of criticism, that’s Barca. I won’t stop working and trying. The day I’m not sure (of myself), I’ll leave. I won’t be a problem for Barcelona the day I I will see that I am not a solution.”

Speaking about the massive clash against Los Blancos, the Spaniard added: “It’s a vital game for us, and for Madrid too, let’s see who comes out of it as leaders.”

As things stand in the La Liga table, Barcelona and Real Madrid are level on points after playing eight games each. With the two great rivals having scored 22 points, this clash promises to be exciting and fiery. The Real Madrid vs Barcelona clash will start live at 7:45 PM IST on Sunday, October 16.

While Barcelona are enjoying an outstanding season in the league so far, the same cannot be said for the UEFA Champions League, where the Catalan giants are in danger of being knocked out. As things stand in UCL Group C after four games, Xavi’s side are currently third on four points, three points behind second-placed Inter Milan.

Speaking about the difference in level of performance in La Liga and UCL, Xavi added: “I think (our) project is under construction. The debacle in Europe is sad, but we are on the right track. We have a wonderful season in La Liga. We made good signings, it’s too early to draw conclusions. We have to keep working, I don’t know any other way to success.”