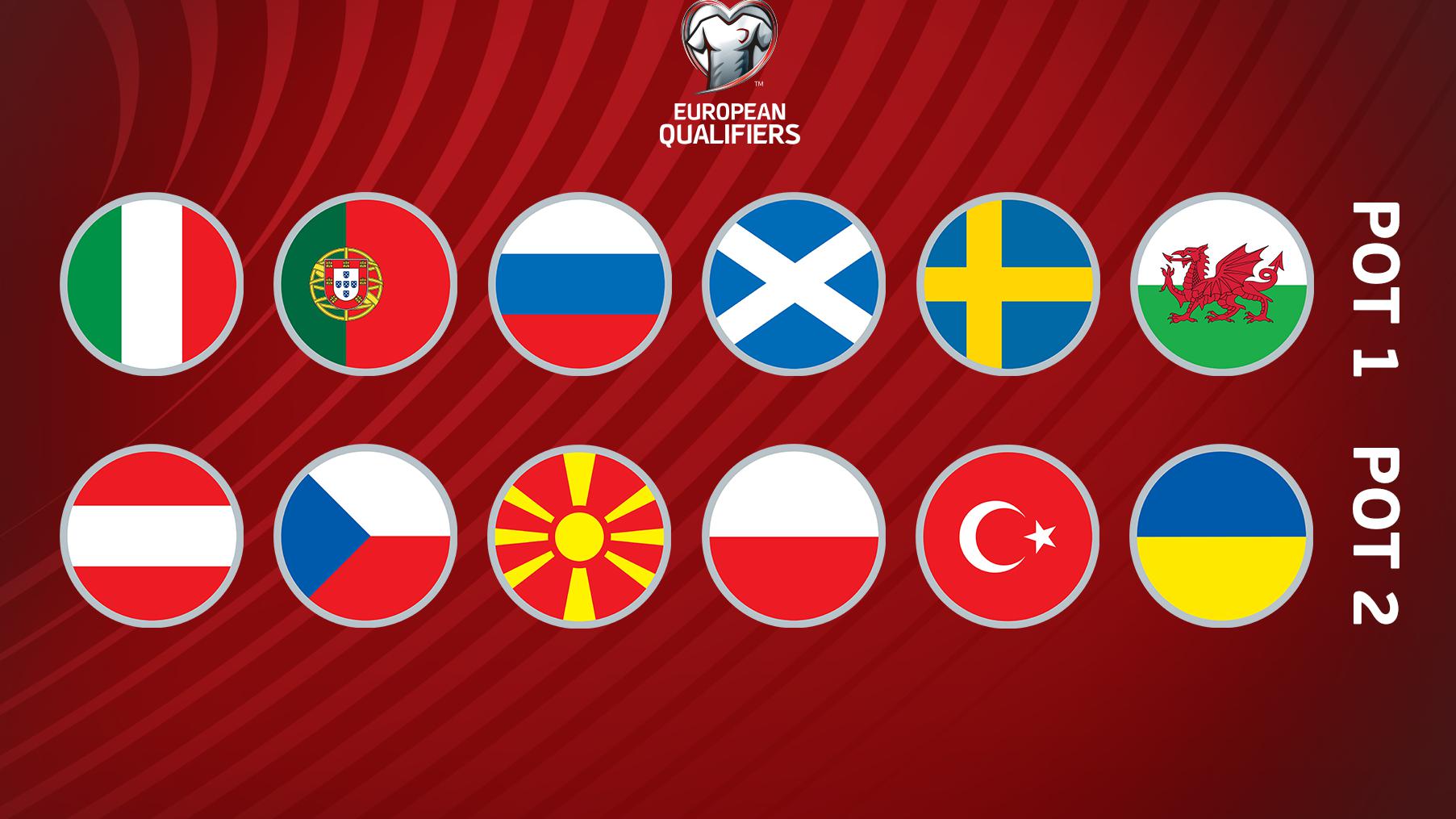 The draw to determine the final European fixtures for the 2022 FIFA World Cup Qatar preliminary competition will take place in Zurich, Switzerland on Friday, November 26, 2021 at 5:00 p.m. CET.

Who is involved in the draw?

The three European places for the 2022 FIFA World Cup that will not be allocated after the group stage of the preliminary competition will be decided in a 12-team play-off tournament.

The ten runners-up in the European qualifying group stage are joined by two additional teams selected on the basis of the 2020/21 UEFA Nations League overall standings: Austria and the Czech Republic.

How the draw works

The six best-ranked finalists from the European qualifying group stage are assigned to Pot 1 and will play their home play-off semi-final. The remaining six teams will be assigned to Pot 2.

Semifinals 1 and 2 belong to play-off lane A, semi-finals 3 and 4 form lane B, and semi-finals 5 and 6 form lane C. To determine which winner of the semi-final will play at home in the final, an additional draw will be made for each route.

Do any constraints apply?

The â€œno team clashâ€ rule means that some nations, for example Ukraine and Russia, cannot be brought together.

When do the play-offs take place?

The 22nd final in Qatar will be the first World Cup not to take place in May, June or July; the tournament is rather scheduled for a reduced duration between November 21 and December 18. The final draw is expected to take place in April 2022.