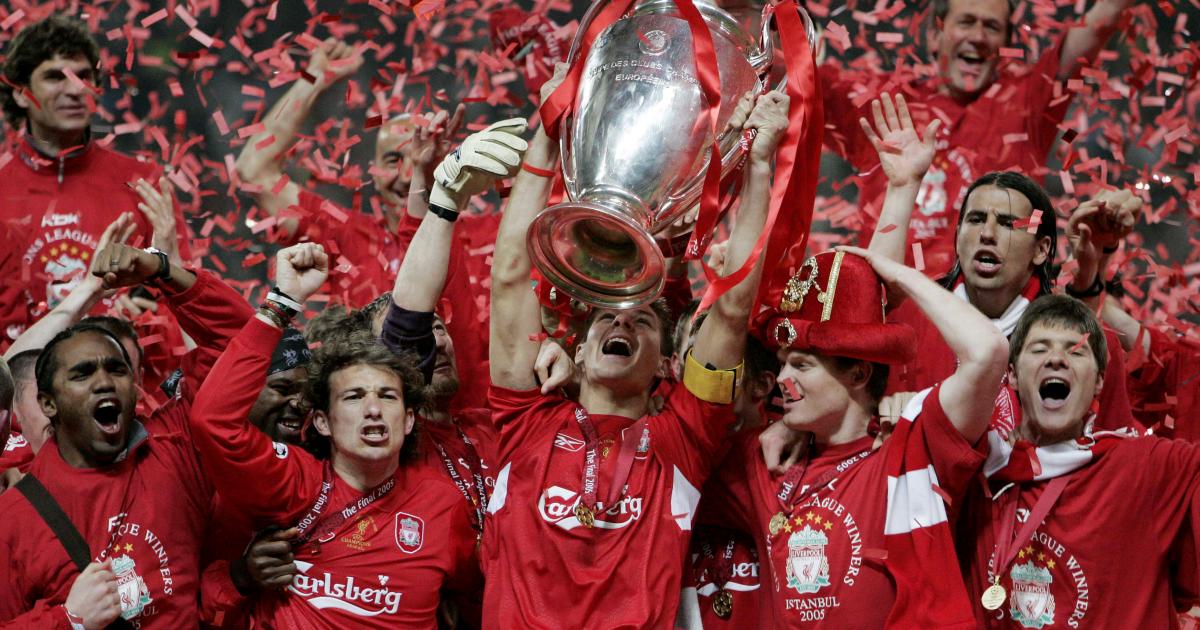 The Reds are six-time winners of the competition, lifting their last trophy in 2019 when they beat Tottenham in all of England’s finals.

They have enjoyed mixed success against Italian clubs in recent years, having faced an Italian side in every Champions League year since the 2017-18 season.

Below is a ranking of Liverpool’s top five wins against Italian sides in the club’s history. We’ll see if the Inter Milan-Liverpool Round of 16 battle makes the difference.

Perhaps not the most iconic European night at Anfield, but very important and underrated nonetheless. Liverpool hosted Napoli for the final match of the 2018-19 group stage requiring a clean sheet victory, or a win by two clear goals to reach knockouts.

Facing Napoli was no easy test, but Liverpool registered 23 shots on the night and dominated the proceedings. Mohamed Salah’s individual brilliance gave Liverpool the lead, after a dazzling run past Kalidou Koulibaly that saw him score from a tight angle.

Napoli didn’t pose a real threat until added time. When, in the dying minutes of the game, a cross found its way to Arkadiusz Milik from five yards out and the Napoli striker looked set to break Liverpool’s hearts. After a brilliant first touch, he shot straight at Alisson, who had rushed to close the angle.

Not a vintage night at Anfield, but that moment from their Brazilian keeper secured their qualification for the knockout stages. That save is now considered invaluable, given that Liverpool won the trophy some six months later.

Facing star-studded Juventus, Liverpool hosted the Italian giants at Anfield for the first leg of their 2004-05 Champions League quarter-final series.

The likes of Zlatan Ibrahimovic, Fabio Cannavaro, Gianluigi Buffon, Pavel Nedved and Alessandro Del Piero were edged out in a 2-1 win at Liverpool that gave the Reds a slim advantage going into the second leg.

Centre-back Sami Hyppia got Liverpool off to a great start with a fine left-footed finish from a corner, and that was followed by a superb long-range strike from Spaniard Luis Garcia 15 minutes later.

The Italian side pulled back a goal through Cannavaro, then hit the post and saw a seemingly legitimate goal ruled out for offside that would surely have been ruled out these days by VAR.

Liverpool held on after a 0-0 draw in the second leg. That series injected Liverpool with the belief to beat domestic rivals Chelsea in the semi-finals and go all the way after another epic showdown against another Italian side (more below).

It stands out as one of the most impressive semi-final first-leg wins in Champions League history. AS Roma arrived at Anfield for the first leg of the 2017-18 semi-finals after an iconic late victory against FC Barcelona.

Liverpool’s Mohamed Salah was a former Roma player himself but showed them no remorse by scoring twice and assisting twice in a dazzling performance on the big stage.

The Reds took a 2-0 lead at half-time thanks to an unstoppable strike from outside the box from Salah. He then raced on the counterattack to chip away future Liverpool keeper Alisson Becker, in a brilliant move.

By the 68th minute, Liverpool were leading 5-0 and fans were already booking their tickets for the final in Kyiv. Roma then hit back with two late goals, but the damage was already done in a scintillating and mind-blowing half hour.

Liverpool won their fourth European Cup in the 1983-84 season when they beat AS Roma on penalties at their home ground at Rome’s Stadio Olimpico in a historic victory for the English side.

Having won three European Cups in the previous seven years, including three in five seasons between 1976 and 1981, Liverpool were at the forefront of European football and arrived in Rome hoping to add another European title to its growing collection.

For Roma, it was their first appearance in a European Cup final.

Phil Neal gave the England side a dream start after just 14 minutes, but the home side fought back just before half-time with a superb looping header from Roberto Pruzzo minutes before half-time.

Penalties were needed to separate the two sides, and Liverpool got off to a nightmarish start as Steve Nicol fired on first down. Thankfully, Bruno Conti returned the favor to keep Liverpool in the shootout.

It was striker Francesco Graziani who, surprisingly, also took the shot before Alan Kennedy came home to secure a famous European Cup for the Reds.

What is considered one of the most famous Champions League finals of all time saw Liverpool as strong underdogs when they faced mighty AC Milan in Istanbul in 2005.

Liverpool finished fifth in the Premier League that season, while Milan boasted one of the best starting XIs in Champions League history, with most players going down in footballing history as legends Game.

The Italian side quickly prevailed in the match, scoring after just 50 seconds as Milan took a 3-0 halftime lead.

After one of Steven Gerrard’s most important goals as Liverpool captain, strikes from Vladimir Smicer and Xabi Alonso pulled Liverpool from the brink to force extra time in a stunning turnaround.

After holding out for another half an hour, Liverpool goalkeeper Jerzy Dudek was the hero, twice saving Ukraine leader Andriy Shevchenko from close range in the dying minutes of extra time as penalties loomed.

With both teams missing penalties, Liverpool were leading 3-2 when Shevchenko stepped in for Milan. But his weak penalty was saved by Dudek to hand Liverpool their fifth European Cup in one of the most dramatic finals in football history.